National Lacrosse League announces it won't resume play until next fall
Feb 6, 2021 11:00 AM By: Mark Booth 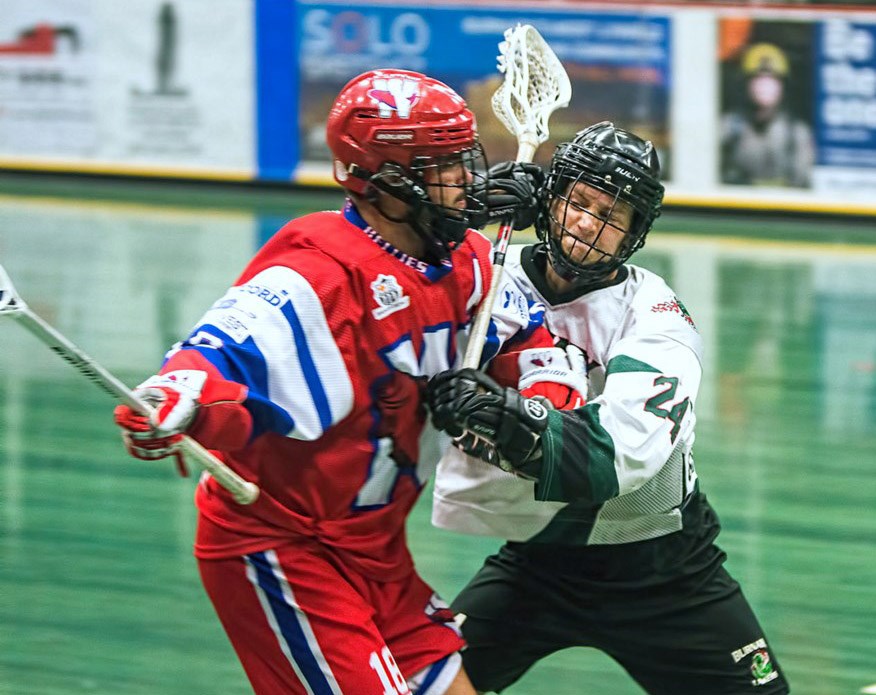 Ladner standout Logan Schuss is going to have wait for the summer box season to step on the floor again after the National Lacrosse League announced this week it won't resume play until the fall. Burnaby Now

Logan Schuss will always have the Ladner Outdoor Lacrosse Box.

That’s where the Vancouver Warriors standout has been getting in his shoot-arounds these days as he patiently waits to be in uniform again. That will still be a few months away at the earliest after the National Lacrosse League announced this week an abbreviated season slated for April has been officially scrapped.

The COVID-19 pandemic shut down the stretch drive of the 2019-20 campaign last March and the pro box lacrosse circuit has been dark ever since.

“I think lot of us kind of knew what the fate was going to be given the circumstances around the border closure, the travel restrictions and having to quarantine afterwards,” said the recently turned 30-year-old. “There were small talks of a bubble situation but just financially and overall guys taking work off for that much time and not knowing what will happen. It was too hard to come to a conclusion.

“I’m upset about it, but also excited for what the 2021-22 season will entail. It will give everyone a chance to reset and also put a solid plan going forward.”

No sport has been hit harder by the pandemic than summer box lacrosse with all local leagues, from senior to minor, wiped out completely in 2020. Now those campaigns are about three months away and the current provincial health restrictions would have to be eased considerably for leagues to begin.

Schuss is also a key member of the New West Salmonbellies. The Western Lacrosse Association season is slated to start in June.

The former Ohio State University field lacrosse star said he would love to play that version of the sport again in the emerging two-year-old US-based Premier Lacrosse League (PLL) that has a TV deal with NBC.

“I know lot of the mindset with the (NLL) guys in the Lower Mainland with our training and attitude moving forward is to prepare for the next available league whether that’s the WLA or pro field,” continued Schuss. “I would love to get one more crack at field lacrosse and the PLL would be unbelievable. They are doing big things and have great connections all over the world.

“But it’s all so uncertain with border situation. If it does open up this summer I could go down and play so many games. Just getting back into that field scene. I would love to do that.  The beauty thing is the WLA is quite flexible with a lot of midweek games. I would maybe miss one or two weekend games but I also know I would be itching to play as much lacrosse as I could.”

For now, Schuss has to be content throwing the ball around in his hometown box with his older brother Carleton.

“We’re just going out there and having some fun, just like we did growing up together over the years,” he added. “It’s nice to see younger kids out there too with their families and getting in whatever lacrosse they can.”