Ladner’s Paxton to have season-ending surgery 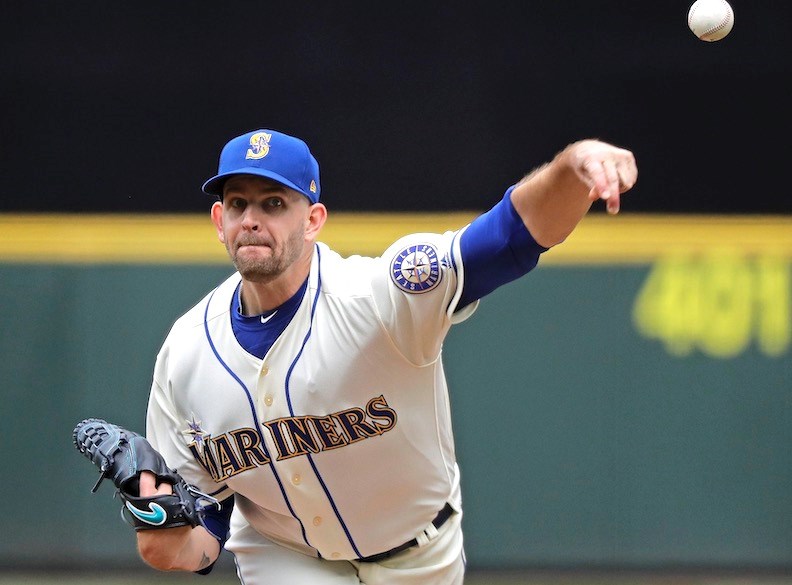 A second opinion from a surgeon confirmed an earlier diagnosis after the 32-year-old departed in the second inning of his season debut against the Chicago White Sox on April 6 with discomfort in his throwing arm.

“It’s certainly very unfortunate. I feel terrible for Pax having to deal with this one again,” said Seattle manager Scott Servais in an interview on MLB.com. “If I know Pax he will take the right attitude with it and go forward and try to make the best out of it and come back stronger than ever.”

The Delta Secondary graduate signed a one-year deal worth $8.5 million (US) to return to Seattle after being traded to the New York Yankees at the end of the 2018 season. He was impressive in his pair of spring training starts this year, striking out 17 and allowing just four hits in 8.1 innings of work. However, he was held back from his regular season debut then left the game with one out in the second inning.

He was coming off an injury-plagued 2020 season with the Yankees that dimmed hopes of a bigger and longer contract as an unrestricted free agent for the first time in his career. Paxton worked just 20.1 innings, going 1-1 with a 6.64 ERA before being sidelined with a left flexor strain. He was also coming off back surgery last January.

“I’m comfortable here in Seattle. I love the group here and excited to be part of it,” said Paxton back in February. “Going into summer camp last year I thought I was okay, but looking back at it now and looking at my mechanics, my back leg just wasn’t getting off the rubber very well. It was making my arm drag behind me and everything was moving slow because of that. It actually put my arm in a dangerous position and that’s what I think caused the injury in my flexor. Just my mechanics being off and not having my strength back to 100 percent. I really focused this off season on getting my strength back.”

His earlier six-year run with the Mariners was highlighted by a no-hitter against the Toronto Blue Jays in 2018. He went 11-6 that year after going 12-5 in 2017. Paxton also enjoyed immediate success in New York, with a 15-6 record in 2019 before his injury troubles.