Not every Delta team able to enjoy game action yet

Hometown only game opponents no help to high performance programs
May 27, 2021 5:00 PM By: Mark Booth 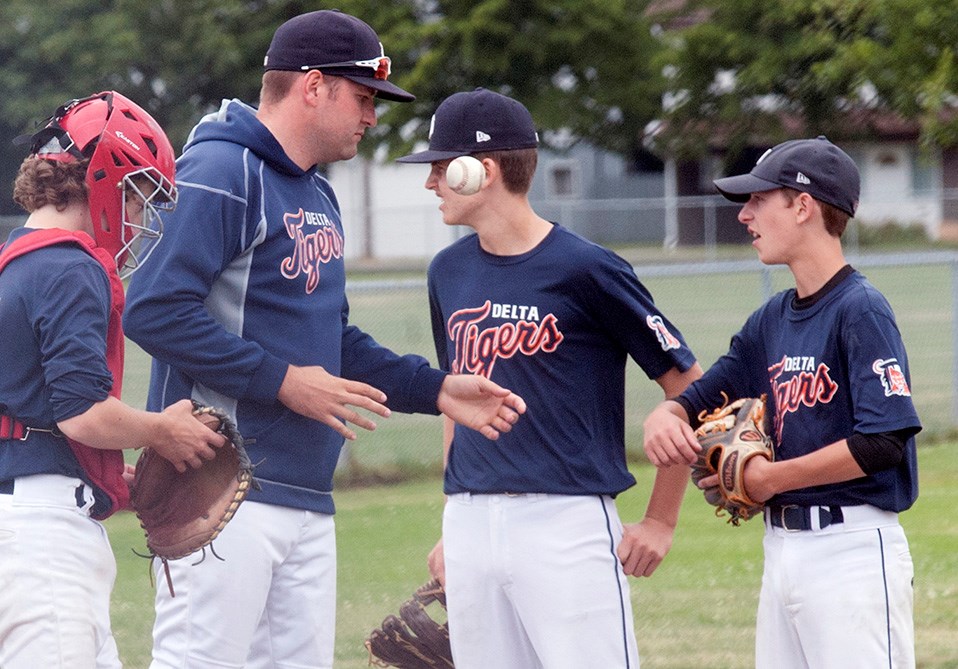 Cam Frick and his Delta Tigers are on the outside looking in of the province's return to play plan for amateur sports that only allows games between teams in the same hometown association for now.Optimist file

Cam Frick had an opponent lined up for his baseball team to see its first game action in 10 months, only to be thrown a curve ball by the province’s re-opening plan amid the COVID-19 pandemic.

While outdoor sports have received the greenlight to immediately proceed with games, it can only be against teams within the same hometown association. That doesn’t help many high-performance programs, including Frick’s Delta Tigers, which features the city’s top 13-and-14-year-old players.

The Tigers are part of B.C. Premier Baseball’s Bantam Prep League that has 13 teams, including five others in the Fraser Health region (White Rock, Whalley, Langley, Abbotsford and Coquitlam). As of now, they can’t play against any of them.

Frick was on the phone Wednesday with ViaSport, the provincial organization that oversees amateur sport, wanting further clarification and if their return-to-play plan will at least include regional games in the near future.

“They said they weren’t prepared, there was no communication between the (Provincial Health Officer) and them before the announcement came yesterday (Tuesday), which is kind of frustrating,” said Frick. “Talking with some local government officials, it was their understanding all recreational travel inside of your health region was now permitted. They don’t see why travel for sport wouldn’t be included in that.”

Frick was told the concern for initially allowing regional games was it would pave the way for teams in the vast sized Northern Health zone to travel hundreds of kilometers for games, if they wanted to. For now, he would just like to see the same restrictions as last fall, which allowed for regional games among cohort groups.

“I sure hope something is coming, but they haven’t released anything,” Frick added. “It’s frustrating for me and the athletes. When you are at the field (Tuesday) and some of the kids there are super excited knowing they are playing games this weekend, yet we still don’t know, it’s all up in the air.

“I understand (ViaSport) are understaffed and there is a lot they are taking on, but I hope they make sure it’s a priority their return to play includes all players. Not just some. Our plan is to have a normal as season as soon as we are allowed to. All the teams are on board to play until the end of August and we are as ready to start as early as today.”