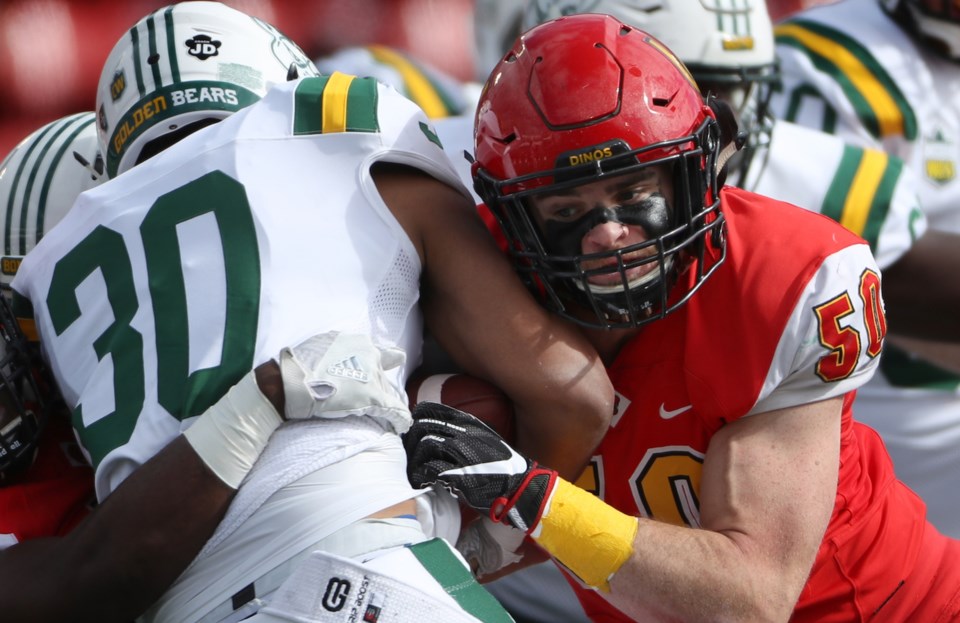 Tsawwassen’s Charlie Moore has earned Canada West Defensive Player of the Week honours after another big outing for the University of Calgary Dinos.

The third-year linebacker had nine tackles, including two for a loss in Calgary’s 34-16 win over the University of Alberta. Moore also had a sack and forced fumble.

The former South Delta Sun Devils ranks second on the team in tackles with 19. Leading the way is another SDSS alumni — Grant McDonald — with 24. Each are also credited with nine assisted tackles and an interception. Both played on the the Sun Devils 2014 AAA provincial championship team.