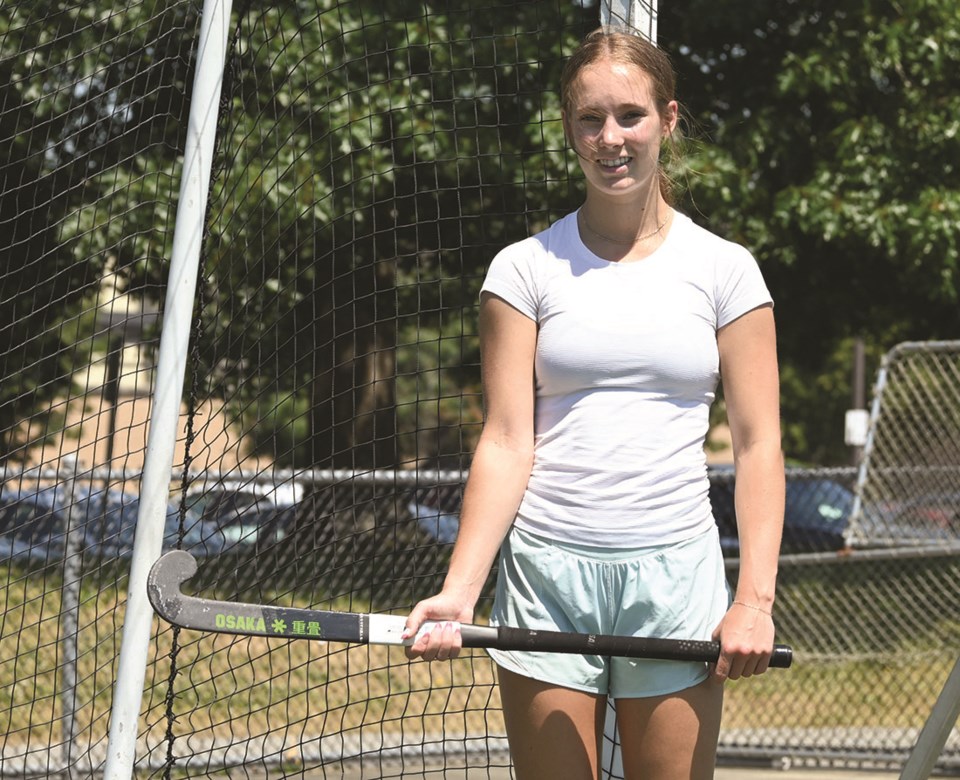 Natalie Anderson' field hockey career has flourished over the past few seasons, leading to the 2021 SDSS graduate to sign with the University of Toronto. Mark Booth

Longtime South Delta Secondary field hockey coach Neil McLennan will never know what his talented graduated class could have accomplished in their final season wiped out by the pandemic. He isn’t surprised to see one of them land at a perennial powerhouse school back east.

Natalie Anderson will be continuing her career at the University of Toronto this fall, following what has been a steady stream of BC talent to the Blues program in recent years, including 2019 SDSS graduate Eve Carrothers. In total, 13 of U-of-T’s 24-player squad in 2020 were from the west coast.

Some advice from her former Sun Devil teammate and some desired academic opportunities were enough to convince Anderson to head east.

“I was looking at a couple of other schools in Canada as well but Eve says she loves it there and I just liked the sound of Toronto and going to a big city,” smiled Anderson who will initially study math and physical science before focusing on a specialty program. “I wanted to try something new. It’s a little intimidating but I’m excited.”

If the big move goes as well as Anderson’s field hockey career in recent years, then she will be excelling on and off the pitch.

The multi-sport athlete came through the Falcons community program and also did competitive gymnastics and rep soccer. It wasn’t until she got her first taste of high school field hockey in her Grade 9 year that her career began to flourish. McLennan has always relied on players of all ages to be one of the top programs in the province for decades.

“Once I started playing high school I felt like I was playing real field hockey,” Anderson recalled. “I felt like I loved the sport at that point and because I hadn’t played (at a high level) my whole life I felt like I was constantly getting better. I was getting to know a sport that I didn’t really get to know earlier.”

Anderson stepped back her gymnastics to the recreational level and the field hockey opportunities continued to come including time with the Team BC program. McLennan wasn’t surprised to see her flourishing, initially as a defender and later in midfield too.

“You can tell she is good athlete with great basic athletic ability and from there, if a player is willing, you can learn what you need to learn from the technical side of the game, he said. “She played with me, she played with the (Falcons) and Field Hockey BC.

“Natalie gave herself lots of opportunities to get better and you can see a good player. The consistency got better, the ability and strength got better and the decision making got better and better every year. That’s why this year would have been interesting to see what these girls could have accomplished.”