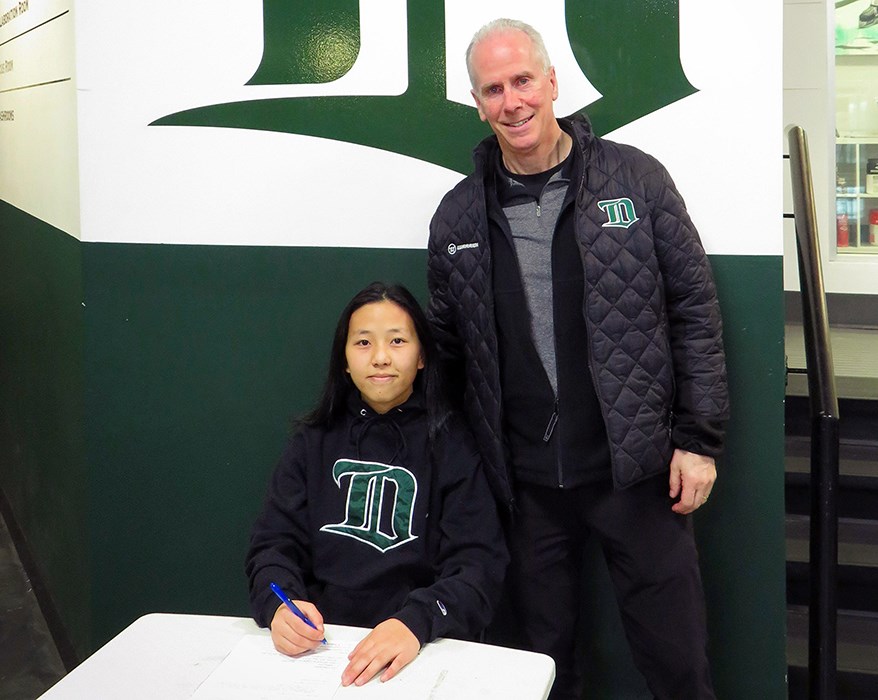 Emma Lee is heading to Ontario for the next chapter of her hockey career.

The South Delta forward has signed with the Sault College for the 2021/22 season. The Cougars play at the Division 2 level of American Collegiate Hockey Association which provides a steady diet of NCAA opponents.

Lee came through South Delta Minor Hockey’s girls program before taking her game to the Delta Hockey Academy where the Grade 12 forward is currently a member of the Wild’s U18 Prep team. Last season she was invited to Team China’s U18 training camp.

With an impressive 3.7 GPA, the honour roll student plans on being enrolling in the Fish and Wildlife Program at the Sault Saint Marie campus where she one of the first B.C. recruits for the women’s hockey team.

“My personal goal is to be the best that I can be, to work hard at everything I do and my ultimate dream is to play hockey in the Olympics,” said Lee. “I love animals and I would like to work with animals in my future career after hockey.”

“Our goal is to be the best women's D-2 team possible and we are excited to have a player coming onboard that shares that vision,” said Cougars GM Rick Webb.  “This cross country signing also speaks to the recruiting momentum Sault College Hockey is capitalizing on and the hard work of our recruiters and scouts.”

544
Here's what real estate prices look like in the City of Delta
513
Ladner Baseball hosting used equipment drive for start-up league in Mexico
453
Your credit report may be wrong; here’s what to do about it
398
B.C. premier throwing cold water on COVID-19 vaccine clinic for North Delta
378
East Ladner motel has been buzzing with filming activity