Ladner school looking past pandemic with skill development of young players
Dec 12, 2020 11:30 AM By: Mark Booth 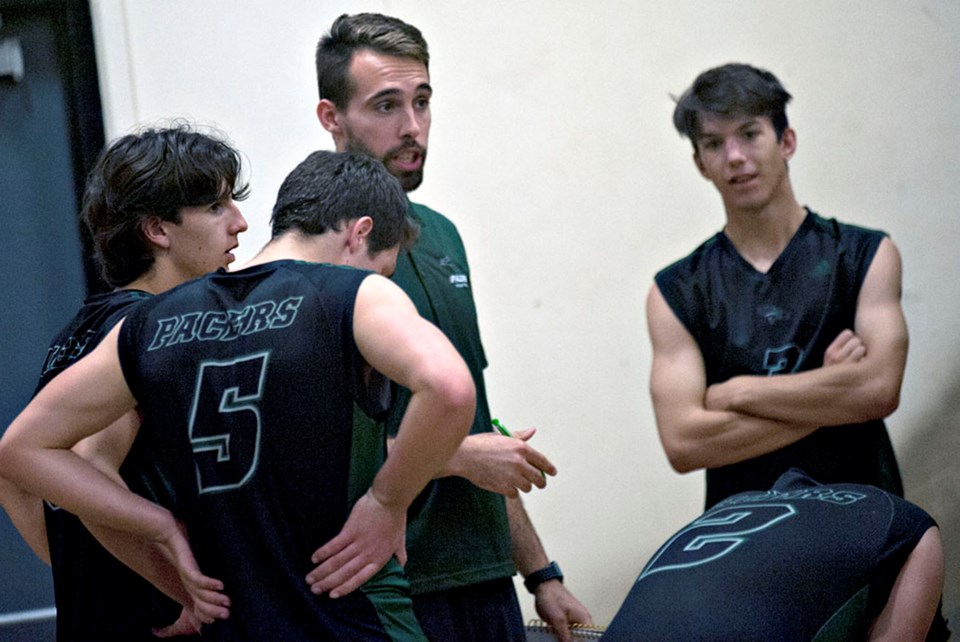 Providing students at least some level of normalcy during the COVID-19 pandemic is a big win for the Delta Secondary School’s athletic department.

It was about four weeks ago that senior boys volleyball coach Andrew Robson launched a drop-in program for grade 8-to-10 students at the Ladner high school.

His own team’s season never got started with all B.C. School Sports sanctioned activities locked into cohort training only for the fall season which will conclude on Friday. At some point Robson had to look at the boys program’s future and establishing the groundwork that is developed in the younger grades.

“As much as they didn’t want to hear it, I had to tell (my Grade 12s) their high school careers were finished unfortunately,” said Robson. “It just made more sense putting more of an effort into the Grade 8s, 9s and 10s.”

The response was better than Robson anticipated.

As many as 25 Grade 8s are coming to the sessions and the junior workouts are attracting between 16 and 20 students each week. They remain in their cohort groups the entire time which Robson has used as teams for scrimmaging. The program has been such a hit that many students are asking him for additional gym times.

“(With the Grade 8s) they are 13-years-old so it’s a fairly extensive reveal of the COVID protocol before every session,” continued Robson. “They are making the most of it and have been dying to be involved in something. Now they have something to look for to.”

Robson is also involved at the club level with regionally-based Element Volleyball Club that typically would be starting its season soon. However, like most clubs, Element relies on renting gyms and many school districts have cancelled agreements until at least the end of March, including Delta.

It means a drop-in school program might be the only option to get players on the court.

“I told the juniors everyone has rode the COVID roller coaster for a while with mixed emotions that go up and own,” added Robson. “Selfishly, it’s at the point now, after three weeks, that it’s not the worst thing for the program as I think I can still give the kids a pretty good experience.

“Even training once a week for the rest of the year. Lot of schools and clubs are not able to go right now.  We’re lucky we have a strong group of people here. There’s an opportunity for a full year training a lot of other schools are not going to get. So it’s how can we can come out better on the other side of this?”

Longtime DSS teacher Kerrie Trotman is facing a similar scenario when the winter sports season gets underway in January including basketball.

Her senior girls team is coming off a historical campaign that concluded with a trip to the provincials for the first time in decades. A number of players are slated to return but a lot will have to happen for even exhibition games to be played among Delta schools only.

“It will be skills for sure and we will see what happens from there,” said Trotman. “It’s really tough because I love those kids but if there is not going be a season I would be better off building the younger grades and (2019-20 junior girls coach) Chris Ainge can do the older kids.”