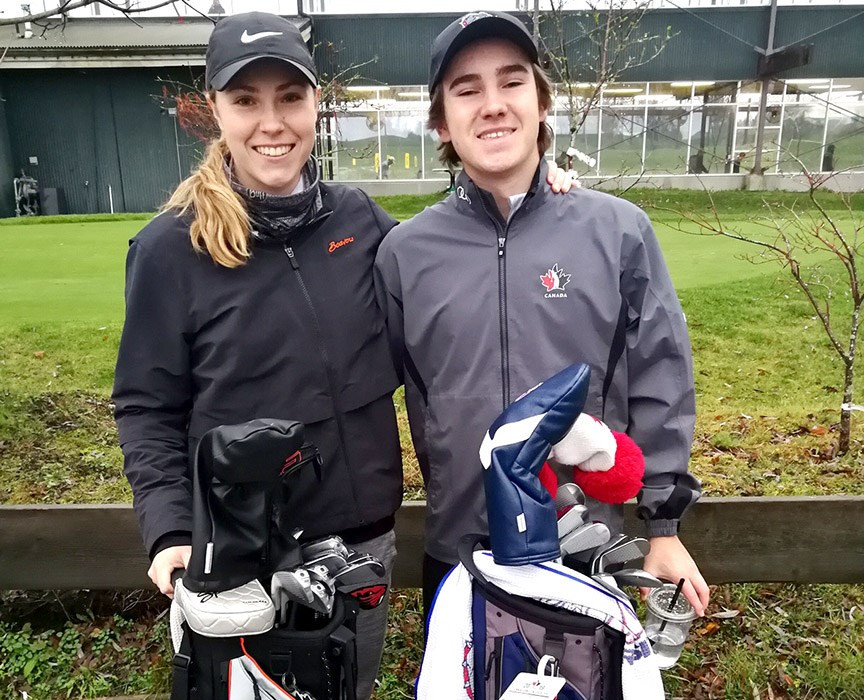 The NCAA golf season is off to a terrific start for Tsawwassen's Amanda and Jace Minni at Oregon State and Gonzaga respectively. Submitted

Competitive sports almost look normal again south of the border and Amanda and Jace Minni are certainly making the most of it.

The NCAA golfers from Tsawwassen are off to impressive starts in their sophomore and freshman seasons at Oregon State and Gonzaga universities respectively.

Amanda helped Oregon State finish fourth at last weekend’s PING/Arizona State Invitational in Phoenix. The team’s 5-under total over 54-holes was the fifth lowest score in school history. The 15-team field included 10 in the latest Golfstat.com rankings. The Beavers finished ahead of a number of Pac-12 rivals including Stanford, Arizona, UCLA and California.

Amanda carded rounds of 72-75-72 to finish at 3-over and 26th overall in the field of 84 players. She also led the Beavers with 10 birdies during the three days.

Earlier in the month, she fired rounds of 75-71-71 to place 16th at the Arizona Wildcat Invitational in Tucson. The 1-under 71s on par-72, 6,627-yard layout were the fifth and sixth times she has broken par in her NCAA career. Oregon State finished sixth in the 16-team field.

Meanwhile, Jace has wasted little time in making an impression in his freshman season at Gonzaga. The 2020 South Delta Secondary graduate led all Bulldogs at the 29th annual Oregon Duck Invitational last week with rounds of 75-72-79 to place 39th overall. Gonzaga also placed 13th in the team standings.

Jace was coming off a 12th place finish at the Colin Montgomerie-HBU Invitational in Texas thanks to rounds of 75-76-70, helping the Bulldogs place third among the 14 teams.

The Bulldogs are in Seattle this week for the Redhawk Invitational while Oregon State are back in action next week in California at the Silverado Showdown.