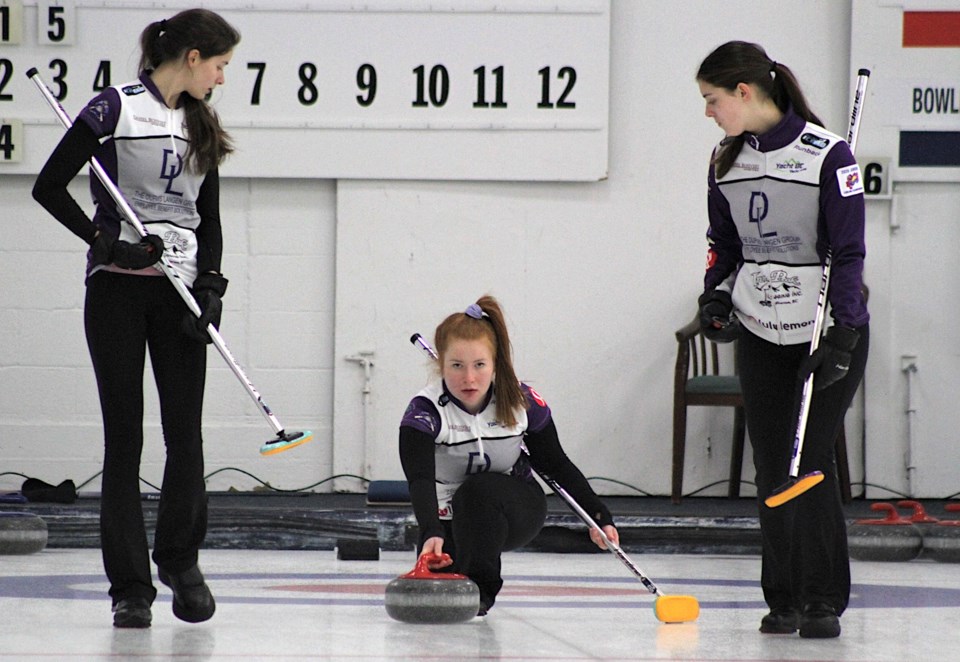 Tunnel Town's Kiera McCoy prepares to release her rock as a member of the silver-medal winning team Taylor at the BC Junior Women's Curling Championships in Victoria.Rebecca Connop Price/Curl BC

A terrific week for a pair of up-and-coming talents at the Tunnel Town Curling Club concluded with a silver medal finish at the B.C. Junior Women’s Championships in Victoria.

Team Taylor — featuring Meredith Cole at third and Keira McCoy at second — was trimmed 8-6 by the Interior’s Team Buchy on Thursday afternoon.

Skip Kaila Buchy secured the win with an out-turn pick with the last rock of the game.

Coached by Chris Summers, the girls have plenty of eligibility remaining at the under-21 junior level. Cole is just 16 and McCoy 14. Both attend South Delta Secondary and are in Grades 11 and 10 respectively.

They were each introduced to the sport at an early age, through the encouragement of their parents, and regularly attended Wednesday junior sessions at the club.

Team Taylor is also eligible for the provincial U18 championships. They finished second last year, ironically falling to Team Buchy in the final.

Lower Mainland playdowns for that event is slated for next month in Mission.