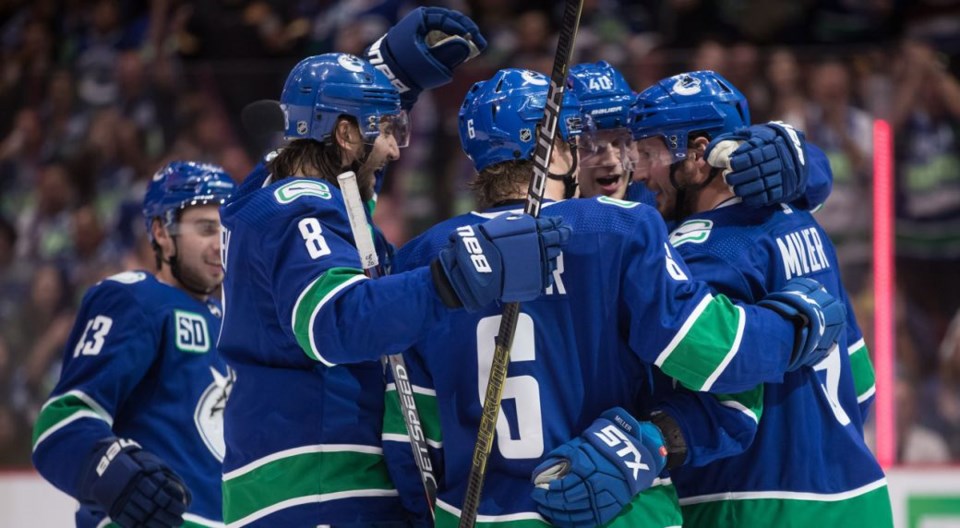 Canucks hockey will be back next week.

While the NHL already released the dates for the 2020-21 regular season, things were still a little fuzzy when it came to the time and the place. Up until this weekend, it still wasn't entirely clear if the Canucks would be allowed to play their home games in Vancouver and all the start times where up in the air as the NHL finished their negotiations with provincial health authorities across Canada.

On Sunday, however, B.C. Premier John Horgan confirmed that the NHL's enhanced safety measures were sufficient for the Canucks to play their home games at Rogers Arena and to allow teams from across Canada to travel to B.C. to play.

Now, the NHL has finalized the schedules for the regular season, complete with times and arenas.

The start times that might irk Canucks fans a little more, however, are the three home games scheduled to start at 4:00 PM on Saturdays: one against the Canadiens and two against the Toronto Maple Leafs.

These earlier start times cater to the eastern time zone, a source of consternation for fans on the west coast.

Elias Pettersson is the best player in the NHL’s all-Canadian North Division
Jan 4, 2021 10:50 AM