Vancouver Giants will be back on Ladner ice soon 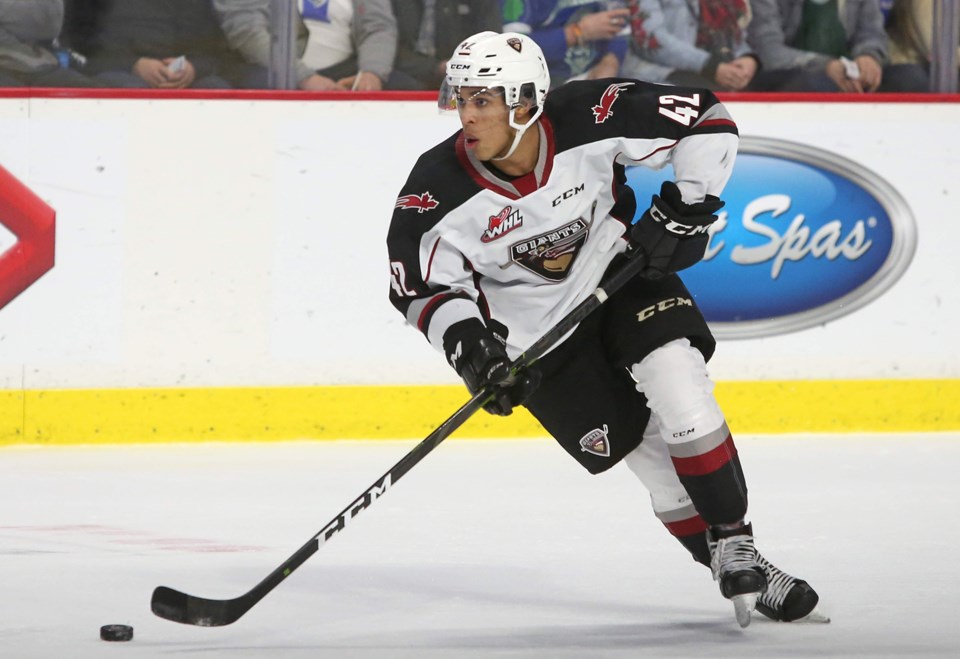 Florida Panthers 2020 draft pick Justin Sourdif and the rest of the Vancouver Giants are expected to be back at the Ladner Leisure Centre in December in preparation for the start of Western Hockey League season.Rob Wilton

One of the Ladner Leisure Centre’s main tenants will back on the ice sometime in late December.

The Western Hockey League Board of Governors announced this week a Jan. 8, 2021 start date for cohort-type regular season that will see the five B.C. teams playing exclusively against each other, including the Vancouver Giants.

The LLC has been the Giants practice facility since their expansion season and COVID-19 isn’t getting in the way of that arrangement. Typically the club holds its main training camp in late August then continues regular sessions into the season with players being billeted locally.

Ken Kuntz, Delta director of parks, recreation and culture has already been in discussions with Giants majority owner Ron Toigo on his team’s return to Ladner.

“We have set aside ice time mid-day as per our contract with them for their training camp. We are looking at a variety options at this stage,” said Kuntz.

Like any user group, the club will have to work with the city on a Return to Play plan. The tricky part is the Giants typically feature talent from throughout Western Canada and usually start camp with an expanded roster.

“One of the things is rolling up our sleeves and talking those details,” added Kuntz. “There are so many guidelines at various levels, from the Provincial Services Health Authority, ViaSport to Hockey Canada and all would have to be considered. You try and create an exposure control and safety plan to meet those criterias.”

All WHL players will be reporting to their respective WHL clubs following the Christmas break where they will begin training.

“The WHL is very excited to be opening our WHL Regular Season on Jan. 8,” commented WHL Commissioner Ron Robison. “The WHL is a world-class development league and we remain fully committed to providing our players with the highest level of training, coaching, and competition in the system.”

The WHL also announced it has appointed Dr. Dhiren Naidu of Edmonton as the WHL Chief Medical Advisor. Dr. Naidu, an Associate Professor at the University of Alberta and Head Team Physician for the NHL’s Edmonton Oilers and CFL’s Edmonton Football Team, served as the NHL Medical Director for the NHL hub, which just concluded in Edmonton. Dr. Naidu will be assisting the WHL with the implementation of its comprehensive health and safety protocol, in consultation with Provincial and State Health Authorities.