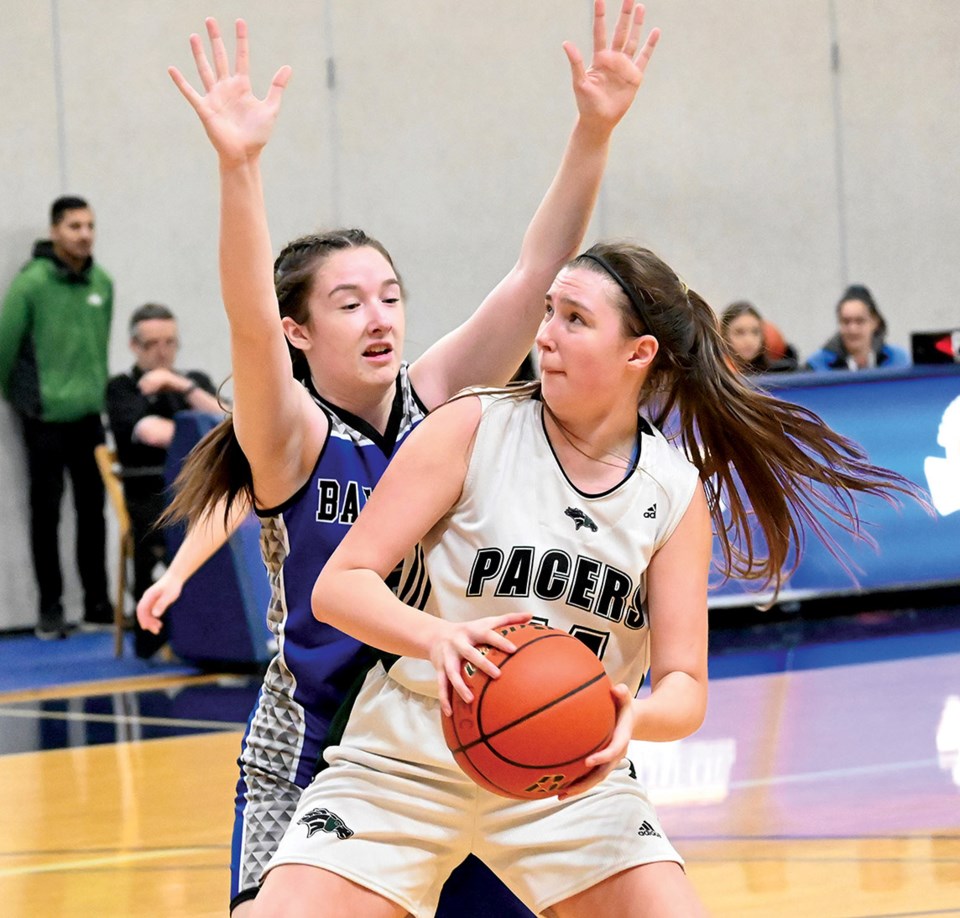 Led by the strong play of senior Abbey Wiggglesworth the Delta Pacers qualified for provincials for the first time in decades. Mark Booth

Little did the Delta Pacers know they were racing against time during a historic run to their first provincial tournament appearance in decades.

It was just days after the senior girls basketball team participated in the showcase event at the Langley Events Centre that the sporting world came to a screeching halt due to the COVID-19 pandemic.

“When you look back it we were so close (to not playing),” reflected DSS head coach Kerrie Trotman. “The only thing we missed out on was (standout) Abbey (Wigglesworth) didn’t get to play in the all-star game. I still remember her asking me if they would be re-scheduling it. It’s just nuts.”

After years of running up against Fraser Valley powerhouse teams, the Pacers were not only part of the new South Fraser Zone for Delta, Richmond and Surrey schools, but a brand new 3A tier as well. They certainly made the most of it, knocking off a pair of provincially ranked schools to lock up provincial berth, including a clinching win over Richmond’s Steveston-London Sharks in the semi-finals.

““Everything is possible. I’m living in one of my best dreams right now,” smiled Trotman after that big victory. "I haven’t gone to the senior provincials since my playing days at Penticton High. This (new tier) gives other teams a chance when they really never had it before. These girls work so hard and are so dedicated too.”

Wigglesworth produced a game-high 23 points to lead her school to its breakthrough performance.

“We have had pretty good teams in the past but this our first year for me and Nava (Hothi) with the other girls,” said the 6-foot post. “We didn’t really know each other but we have really come together and everyone is giving it their all for sure."

Pacers off to girls basketball provincials for first time in decades
Feb 13, 2020 6:31 AM