Disney Plus makes a play for adult viewers with Star, but don't expect all Hulu hits

TORONTO — Disney Plus is introducing viewers to its older sibling: a new streaming hub named Star.
Feb 23, 2021 11:27 AM By: Canadian Press 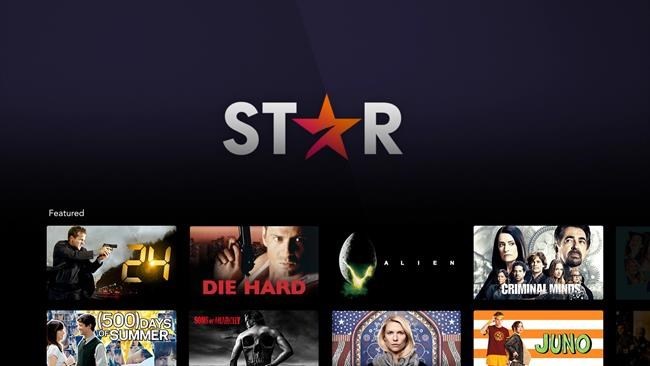 TORONTO — Disney Plus is introducing viewers to its older sibling: a new streaming hub named Star.

After establishing itself as the family-friendly home to Disney, Pixar and Marvel movies, the Disney Plus platform is opening the gates to a dedicated space for more grown-up tastes.

Within its existing platform, more than 150 TV series and 500 movies will be available to Canadians on Star's Tuesday launch date — but it comes with a catch.

Some buzzy titles from Disney-owned U.S. streaming platform Hulu are still missing, and you can't subscribe to Star without being signed up for Disney Plus.

It's part of a move by Disney to raise monthly subscription fees for all users while presenting them with more programming from Disney-owned ABC television, 20th Century Studios and the FX channel.

Monthly rates will jump from $8.99 to $11.99 for Canadian subscribers who sign up starting Tuesday, while the price increase will take effect for existing monthly and annual fee subscribers after Aug. 22.

Star will appeal to viewers who once might've enjoyed roaming the aisles of the video store searching for older comedy, drama and action flicks.

Many of its titles stretch back decades — major franchises "Alien," "Planet of the Apes" and "Die Hard" among them. The slate of TV shows include Jennifer Garner action series "Alias" and "Family Guy," as well as retro classics "Hill Street Blues" and "M.A.S.H."

On the newer side, Disney will grant access to a few Hulu productions that never saw the light of day in Canada. Most notably, teen drama series "Love, Victor," a spinoff of the film "Love, Simon," will be available on launch date.

However, as per usual, an array of complicated rights deals with Canadian broadcasters and streaming companies mean that many other Disney-owned shows and movies won't be on the platform. And what's missing may seem glaringly obvious to contemporary viewers hoping for the hottest new Hulu hits.

Other popular Hulu series are tied up in licensing deals elsewhere, including "The Handmaid's Tale" with Crave and "Pen15" with CBC Gem.

Add to that Disney's complicated relationship with FX programming, which is coming to Star in dribs and drabs.

Some of the biggest FX titles, notably "American Horror Story" and "Pose," are part of an ongoing licensing deal with the FX Canada channel, owned by the media division of Rogers Communications Inc. That goes for acclaimed miniseries "Mrs. America" and "Fosse/Verdon," too.

"We will have some FX content," assured Greg Mason, vice president of marketing at Walt Disney Studios Canada, pointing to biker gang drama "Sons of Anarchy" as one example.

"It will be a little bit of a blend for a while and we're going to see how that unravels."

Mason said the goal is to raise Star's movie selection to 800 titles by the end of the year, while bulking up the amount of original programming.

For parents, Disney has expanded its ratings control system so that children's account profiles can be locked out of content deemed inappropriate for their age level.

For instance, parents of young teenagers could filter out R-rated content, which in the case of the Marvel catalogue would make the more violent Wolverine action film "Logan" invisible on their profile.

"Every parent is different for what they're after for their children," Mason said.

"We wanted to give them that flexibility."

This report by The Canadian Press was first published Feb. 23, 2021

Companies in this story: (TSX:RCI.B)