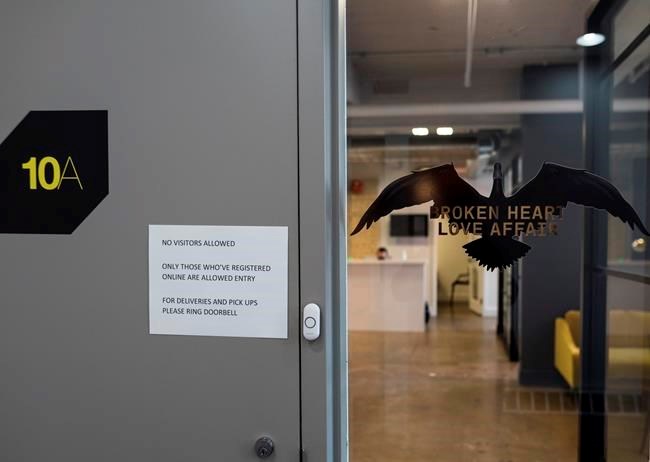 Now celebrating its first anniversary, the agency is seizing a chance to to leave behind the exposed brick walls and industrial-style ceilings staff fell in love with — not because they're working remotely, but because the time is right to lock in a deal.

"Frankly, we've outgrown it already, so we actually need to find more space … but we are looking at the right time," said Beverley Hammond, a partner and chief business officer at the agency, which is hiring so much that it's run out of room.

A number of growing companies are searching for new offices even as the pandemic has forced closures and downsizing elsewhere.

Some businesses are shifting to larger offices months or years before they anticipate outgrowing their current locations. simply because market conditions are so favourable. With more commercial space available, prospective tenants have gained negotiating power.

"There are a lot of companies right now that are accelerating through this challenge," said Jon Ramscar, Toronto downtown managing director for commercial real estate company CBRE.

The national office vacancy rate climbed to 13.4 per cent in the fourth quarter of 2020, CBRE reported. That's the country's highest available amount office space since 2004.

That grew to 14.6 per cent for the first quarter of 2021, up from 10.3 per cent at the same time last year, which covers the period before the worst of pandemic's economic effects hit.

Some cities appear to be coping: vacancy rates in Vancouver, Waterloo and Ottawa rates were as low as 6.3, 9.3 and 9.6 per cent respectively for the first quarter. But in Alberta, where the devastated oil industry combined with the broader downturn, more than one in four Calgary offices and one in five Edmonton properties remain vacant.

While continuous shifts in COVID-19-related public health measures make it difficult to offer an outlook for the sector, Ramscar says the gradual reopening of the country will lead to decreased rates in areas like Toronto.

It's not clear how long remote work practices will continue and much of the vacant property is available through subleases. It "could cool off the market very quickly if companies decide they want their space back as they explore cost mitigation strategies," Ramscar warned.

Wojtek Dabrowski, managing partner at Provident Communications Inc., was quick to act early in the pandemic when there was a shift to people working from home and he learned of an available space twice the size of the firm's current office in the same building.

Dabrowski reached out to the landlord, who agreed to make a deal.

"We said we're not going to pay you full rate, because we're just not in the office day to day … but we think that there's a way to work this out if you're open to negotiating a little bit," he recalled.

While Dabrowski and his colleagues weren't in the office during the pandemic as much as they were prior, he was confident the team would want to return when vaccination is widespread and restrictions ease.

Some companies are preparing for staff to never return, particularly in the tech sector. Shopify Inc., Twitter Inc. and OpenText Inc. are keeping some offices, but launched permanent work from home policies during the pandemic.

Broken Heart Love Affair says the collaborative nature of its business makes in-person work attractive. A staff survey found the majority were eager to be back in a space together as soon as the pandemic allows.

Hammond, however, is warning workers that the larger space they settle into when the agency's lease is up in July might not be what they're used to, though they are looking for places with character like its current location.

Hammond says there's a good chance they'll set up in a former store, restaurant or bar because those are among the most available locations.

She envisions converting any of those kinds of properties to a working area and perhaps, offering space to clients.

While her hunt has only just begun, she's excited about the possibilities.

"There's going to be a lot of vacancy in retail and maybe there's a way that we can start to bring some life back."

This report by The Canadian Press was first published April 11, 2021.