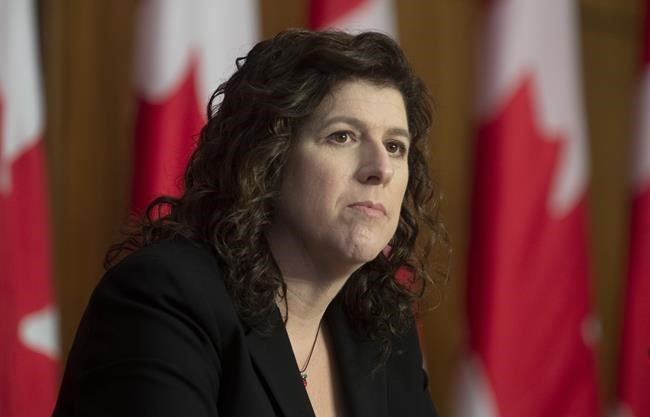 OTTAWA — The Opposition Conservatives are asking the auditor general to probe the Finance Department's handling of tax changes that left small business owners and family farmers confused for weeks.

A Conservative private member's bill approved by Parliament in late June rewrote the tax code so owners could sell the family business to relatives at the same tax rate as if they were selling to a stranger.

One day after the bill got parliamentary approval, the Finance Department announced the government would introduce amendments to close potential loopholes and apply the rules on family business sales starting Jan. 1, 2022.

On Monday, hours before a House of Commons committee hearing on the matter, Finance Minister Chrystia Freeland said the new rules were the law of the land and sought to clarify the earlier statement.

In a letter on Thursday, the Conservatives argue a number of questions remain surrounding the government's decision-making process, and ask auditor general Karen Hogan to conduct her own review.

Luc Berthold, the party's Treasury Board critic, writes in the letter that he believes Hogan's office has a key role to play in helping explain what happened.

The auditor general's office often receives requests for audits, but the final decision on what reviews to conduct rests with Hogan based on what the office already has on the go and the significance of the issue.

Although the auditor general doesn't audit policy decisions, saying that is the prerogative of Parliament and elected officials, the Conservatives say reviewing how decisions were made falls under Hogan's mandate.

The auditor general's office did not immediately respond to a request for comment.

Parliamentary law clerk Philippe Dufresne told the House of Commons finance committee on Tuesday that the bill officially became law when it received royal assent on June 29, even though it didn't contain a specific coming-into-force date.

Liberals and Finance officials told MPs that there was nothing out of the ordinary in what the government announced on June 30, although it might have just been misunderstood.

She cited the possibility of converting dividends to capital gains to take advantage of the lower tax rate without any actual transfer of the business between family members.

Any changes would apply no earlier than Nov. 1.

This report by The Canadian Press was first published July 22, 2021. c