The man whose family was killed in a missile attack on Ukraine International Airlines Flight 752 as it left Tehran's airport last year is "angry and disappointed" with a forensic report that says it was not premeditated, but rather caused by Iran's "
Jun 25, 2021 1:00 AM By: Canadian Press 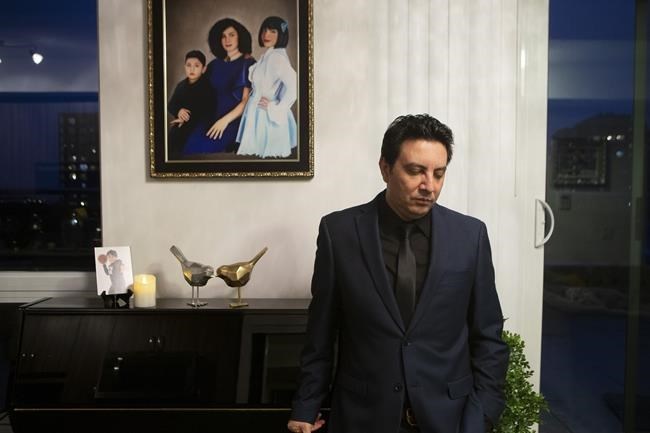 The man whose family was killed in a missile attack on Ukraine International Airlines Flight 752 as it left Tehran's airport last year is "angry and disappointed" with a forensic report that says it was not premeditated, but rather caused by Iran's "recklessness."

Alireza Ghandchi's wife, Faezeh, his daughter Dorsa, 15, and his eight-year-old son Daniel were killed. The Richmond Hill, Ont., resident said he was expecting more from the probe.

The report released Thursday following an eight-month investigation says Iran did not plan the downing of a passenger jet in advance. But it found that a series of failures by the regime's civil and military authorities set the stage for an attack on the passenger jet minutes after it took off.

Iran failed to ensure its air safety or notify airlines about its military activities when it launched a missile strike against a pair of U.S. bases across the border in Iraq hours before the plane was shot down on Jan. 8, 2020, the report says.

All 176 people on board were killed, including 55 Canadian citizens, 30 permanent residents and dozens of others bound for Canada. The Tehran-Kyiv route has been a popular first leg of a trip from Iran to Canada.

Ghandchi said the report only left him with more questions.

"It's clear from the documents sent by the Iranian families that the missiles were directed toward this flight," he said in an interview. "We were expecting a more concrete document."

He and other families were hoping the Canadian government could get access to the TorM1, a device that records conversations between the missile operators and their commanders.

"We want to know what happened that night," he said.

Nearly 17 months after the tragedy, he said the report summarizes what the families already knew.

"We had expected a real report."

Rehana Dhirani, who lost her father on the flight, said while the report is a "lot to take in," she "rejects" it because families have to relive the pain but it doesn't bring them closer to answers.

"There's so much going through my head," she said. "There's just pain and sorrow and anger and frustration and I'm just trying to understand why this happened. It's been tough."

Arman Abtahi, who lost his brother Mehran, said he had been waiting for eight months for this report but found it "partly disappointing."

Abtahi's brother was a post-doctoral scholar at the University of British Columbia. He had gone to Iran to celebrate his first wedding anniversary because his wife's visa to Canada was rejected.

His parents are in Vancouver now collecting his brother's belongings, he said.

"My parents may get to see the report on the news, but I don't want to show it to them," he said. "The pain is on the surface. It's raw."

The report clarifies some of the questions surrounding the TorM1 unit and its operator, and challenges the Iranian version of events, Abtahi said.

The investigation rules out human error and blames a series of reckless acts by Iranian authorities, he noted.

Iran has also denied responsibility for the tragedy and did not co-operate in the investigation, Abtahi said.

"From this point, the report is partly disappointing. I expected more intelligence and facts rather than relying on the Iranians' report."

Prime Minister Justin Trudeau blamed Iranian authorities for the missile attack in a message accompanying the report. He attributed the attack "to their recklessness, incompetence, and wanton disregard for human life."

Mehrdad Taheran, a friend of Mehran Abtahi, said the probe shows there are "deficiencies and inconsistencies in the system."

"I expect to see trials to punish the culprits and take measures to prevent such failures in the future."

— With files from Christopher Reynolds

This report by The Canadian Press was first published June 25, 2021.