HEERENVEEN, Netherlands — Canada's long-track speedskating team has entered a Dutch "bubble" to compete in its first international races in over 10 months.
Jan 21, 2021 7:58 AM By: Canadian Press 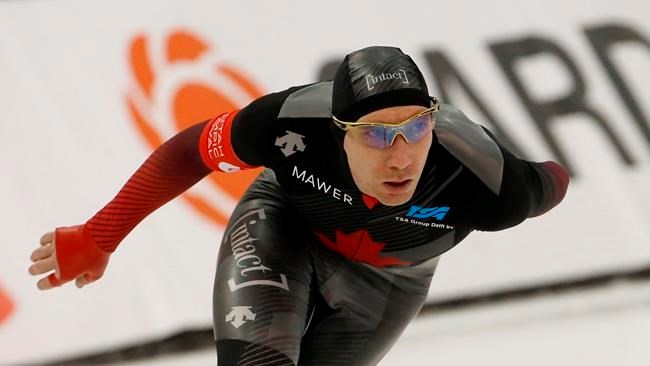 HEERENVEEN, Netherlands — Canada's long-track speedskating team has entered a Dutch "bubble" to compete in its first international races in over 10 months.

Olympic and world champion Ted-Jan Bloemen of Calgary and world champion Ivanie Blondin of Ottawa lead a Canadian contingent of 13 skaters into Heerenveen, the Netherlands for their first World Cup races of the season starting Friday.

Their racing season has been decimated by the COVID-19 pandemic.

The Canadians will compete in World Cup races crammed into a pair of weekends, and remain in the Netherlands for next month's world championship.

Canada's long-track team had its most successful season in a decade in 2019-20 with 10 world championship medals, including three gold, and 31 World Cup medals.

The team has been without ice in the Calgary Oval since Sept. 5, however, because of a mechanical failure. Ice isn't expected to be restored before May.

Aside from two weeks in an indoor oval in Fort St. John, B.C., in November and outdoor skating in Red Deer, Alta., the athletes' training has been limited to dryland and short-track workouts.

"The focus over the next month will not be on podium performances, but more so on skaters to continue their preparations for the 2022 Winter Olympic Games in Beijing," Speed Skating Canada said in a statement.

"They will look to utilize the valuable ice time in Heerenveen to regain their form, before lining up for their first races in over 10 months."

Participation was the choice of each athlete, coach and staff member, Speed Skating Canada said in the statement.

This report by The Canadian Press was first published Jan. 21, 2021.