Letters: Banning plastic and Styrofoam can be done

If only Delta City Council had the political will, like those of other BC municipalities, to start putting the wheels in motion.
Feb 22, 2021 7:00 PM By: Letter to the editor 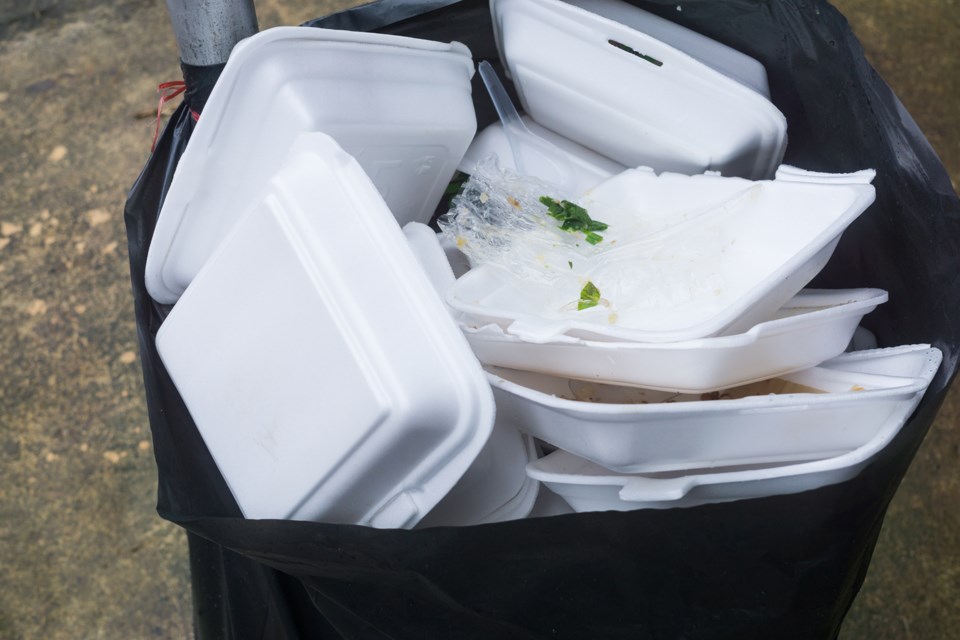 This letter writer wants to see the City of Delta address a ban on Styrofoam containers as soon as possible.Getty Images

Re: Plastic ban in Delta

Enclosed please find two containers- one plastic and one cardboard.

If we want to buy baked goods from Safeway, Save-O-Foods or FreshCo, in Delta, then we also have to accept these plastic containers. We are not given a choice.

The cardboard container contained an appetizer, from Montana’s, a local restaurant chain.

If we want to take out food leftovers, from some of the other restaurants in Delta, then we may have to accept a plastic or Styrofoam container instead.  We are not given a choice.

That is one of the reasons why we choose to eat at Montana’s, as opposed to other local restaurants.

One of our family members currently works at a large grocery store chain, and a friend was previously employed at a large local restaurant supply company. The real reason why grocery chains and restaurants provide plastic and Styrofoam food containers to customers, is because plastic containers are a few pennies cheaper, than their greener alternatives.

So, let’s try not to continue “BSing” the general public, as to why banning plastic and Styrofoam containers can’t be done right now. Because it can. If only Delta City Council had the political will, like those of other BC municipalities, to start putting the wheels in motion. Sooner, rather than later, please.

To paraphrase a large successful American retail organization: Just Do It.

556
Here's what real estate prices look like in the City of Delta
526
Ladner Baseball hosting used equipment drive for start-up league in Mexico
458
Your credit report may be wrong; here’s what to do about it
407
B.C. premier throwing cold water on COVID-19 vaccine clinic for North Delta
385
East Ladner motel has been buzzing with filming activity