Opinion: 'I'm not talking about it anymore,' agriculture minister says of ALR intervention 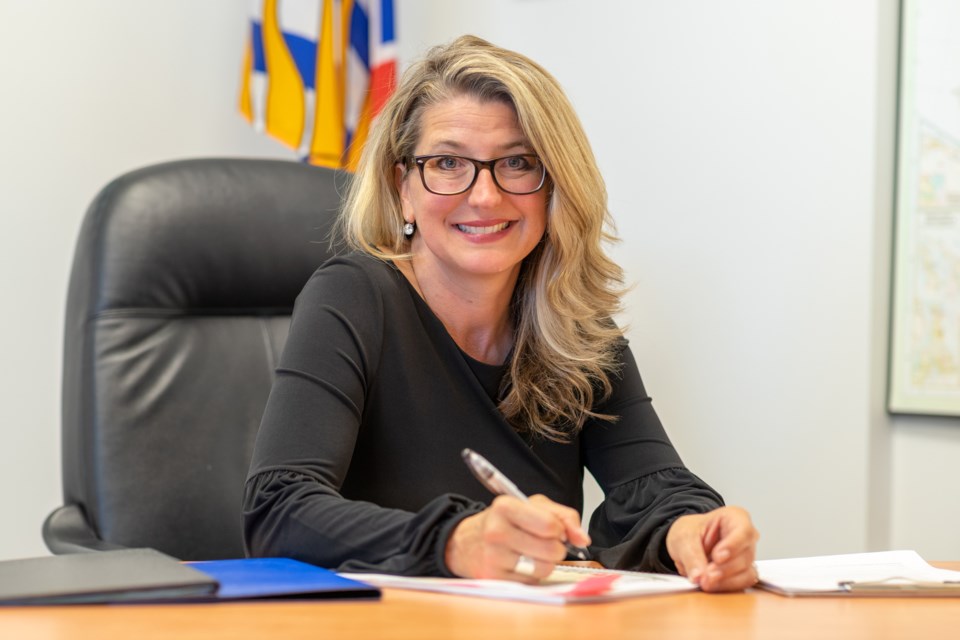 Carrier-Sekani Family Services wants to build a facility near Vanderhoof at the site of a non-conforming old lakeside lodge in the Agricultural Land Reserve. But the commission rejected the plan. It cited the law Popham changed in 2019 to strengthen the mandate of ­farmland protection and minimize consideration of other issues.

“While the panel appreciates the social benefits of the proposal, the panel must consider the mandate of the commission … to preserve agricultural land and encourage farming,” it ruled in February. A second application was soon submitted and the government has taken unusual steps (recounted here Tuesday) to get the original decision reversed.

The Agriculture Ministry raised objections and appeared non-supportive during the first application. But now it has reversed course and is endorsing the proposal. Popham’s deputy minister even wrote a letter of support to the First Nation stressing the importance of the proposal, which is now in the package before the quasi-judicial ALC panel.

Liberal critic Mike de Jong questioned Popham based on documents from her office obtained via freedom-of-information law regarding the ministry’s about-face.

She eventually concluded: “That’s it. I’m not talking about it anymore.”

She said the issue is before the ALC panel and she didn’t want to appear to influence or interfere in the decision.

De Jong said that was ironic, given the attempts to influence already on display.

Prior to that, Popham did volunteer one crucial answer.

The released documents refer to a letter her deputy minister was going to send directly to the Agricultural Land Commission. Office emails described it as a draft letter to the chair and board that was referred to the minister for comment.

Such a letter could have been seen as breaching the independence of the commission. But after a real-time search during a pause in questioning, Popham said there is no record of it in government or ALC files of it being sent or received.

Similarly, after the initial rejection, a cabinet order was readied that would have excluded the property from ALR process entirely. It was shared with interested parties, but not signed into effect.

Staff briefing notes written for Popham obtained by the Opposition show how conflicted the government is in trying to support the treatment centre in the face of the Agricultural Land Commission’s stricter mandate.

One said that the commission is an independent tribunal and the decision-making framework “does not include economic and social factors, including First Nations considerations.

“As such, First Nations considerations are not explicitly part of the ALC mandate.”

But reconciliation is a ­dominant theme across ­government.

Popham initially said during questioning that the commission could consider factors other than farm potential.

Another briefing note said: “The preservation of ALR and promotion of farming remains a government priority. However, so too is the health and wellness of B.C. communities, including an appropriate response to the addiction crisis. … Indigenous people are getting hit especially hard.”

Other documents show how intense the interest is within government in getting the decision overturned.

Health Minister Adrian Dix and Mental Health and ­Addictions Minister Sheila ­Malcolmson were involved in the issue and several officials in Premier John Horgan’s office emailed back and forth about it.

Some neighbours had concerns about the centre at an April public hearing, but it is supported by all local governments and unanimously in the legislature.

So the NDP is searching for ways to overcome the hurdles it set for itself with the stricter emphasis on farmland preservation, without appearing to interfere in the commission.

And as de Jong noted, thousands of landowners who objected to the 2019 bill are wondering what they have to do to get the deputy minister to write letters supporting their applications.

Just So You Know: When the controversy about the rejection arose in March, Mental Health and Addictions Minister Sheila Malcolmson expressed dismay and said something that’s newly relevant, given the government’s enthusiasm for the second application.

“We are continued partners in the project. We’re counting on the Carrier-Sekani being able to build it because the need is so deep. … We are investors in this addiction and treatment and recovery healing centre.”