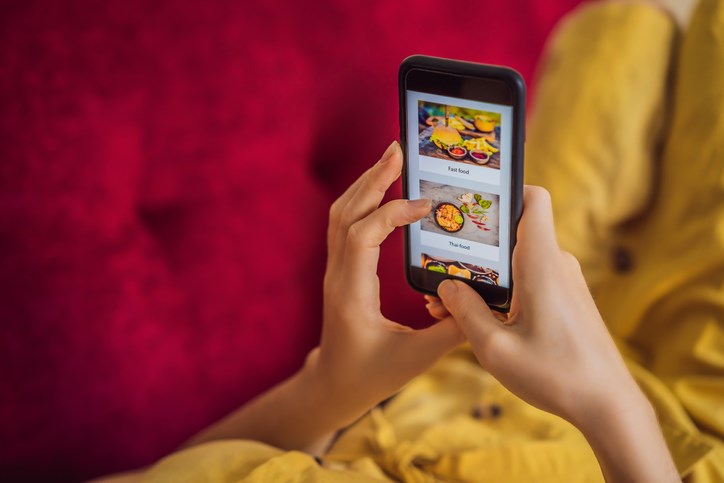 People in the 18-to-34 age group are ordering their food online more.galitskaya/iStock/Getty Images Plus.jpg

It has been particularly difficult for the restaurant industry to bounce back during the COVID-19 pandemic. Some venues have opted for limited, social distanced dine-in service, while others have chosen not to open for lunch due to a lack of commuters working in offices. Take-out and delivery were meant to provide an opportunity to keep specific restaurants profitable, as well as to give residents a chance to enjoy their favourite meals at home.

A year ago, when most of us already knew what COVID-19 was but were unable to imagine its reach, Research Co. and Glacier Media asked British Columbians about food delivery. Our rationale back then was to gauge the ways in which people were ordering food, particularly due to the emergence of smartphone apps that aimed to streamline the process.

The data points we collected back then serve as a reminder of a life that has not come back to our province. At the time, 55% of British Columbians said they had dined out once every two weeks or more often in the previous 12 months. In 2021, the proportion has dropped to 30%.

Ordering “to go” has not exploded in a way that would end the financial struggles of all eateries. There is little change in the proportion of British Columbians who have contacted a restaurant to pick food up at least once every fortnight (from 46% in 2020 to 45% this year). And while 46% of the province’s residents had food delivered to their homes once every two weeks or more often when we asked last year, the number has fallen to 32% in this latest survey.

The pandemic is one of the reasons for this stagnation. Last month, 19% of British Columbians told us that they are not ordering food from restaurants because they fear infection from COVID-19. This effectively takes a fifth of the buying public out of the equation, regardless of their spending power or cuisine preferences.

If there is a silver lining in the data, it is provided by the province’s youngest adults. Only 27% of British Columbians say they are ordering food delivered to their homes more often now, but the proportion jumps to 42% among those aged 18 to 34. And while 32% of the province’s residents order at least once a fortnight, the number is significantly higher among 18-to-34-year-olds (54%) and plummets among those aged 55 and over (10%).

There is some movement when it comes to the preferences of British Columbians for ordering food, with 39% calling the restaurant directly (down four points since 2020), 37% going online to the website of a specific restaurant or chain (down one point) and 36% using an app on their phone (up four points).

There have been some changes in the realm of app-based food delivery in the past 12 months. Most orders in British Columbia appear to be coming into three platforms: DoorDash, Uber Eats and Skip The Dishes. Foodora is no longer operating in Canada, and Grubhub remains something we see only in television commercials for American networks.

Geography and age play a big role in the acceptance of these platforms. Metro Vancouverites are more likely to be ordering food through an app (47%) than residents of all other regions of the province, where the preferred method continues to be a phone call to a restaurant. Developing a large network of venues and couriers has been relatively easy in a large metropolitan area. We will have to see if the number of food app users grows in other areas of the province in the coming years.

Young adults are clearly more appreciative of the ease that the food apps bring. Two-thirds of British Columbians aged 18 to 34 (65%) have used them at least once in the past year, compared with 39% among those aged 35 to 54 and just 13% among those aged 55 and over.

The province’s youngest adults are also more likely to identify with the struggles of those working in these industries than their older counterparts. While only 7% of British Columbians aged 18 to 34 never tip a delivery person or courier, the proportion jumps to 20% among those aged 55 and over. Leaving a tip or donation to the restaurant – an option that certain platforms allow before orders are finalized – is something 76% of 18-to-34-year-olds do at least sometimes, but only 57% of baby boomers join them.

The rush to turn all restaurants into de-facto kitchens for distribution has not worked equally for every restaurateur in British Columbia. The drop in dine-in customers has not corresponded with a jump in orders for delivery. Still, while we are months removed from those dreaded columns that blamed young adults for the demise of specific industries, members of that demographic are embracing food delivery more than their older counterparts.

Results are based on an online study conducted from February 1 to February 3, 2021, among 800 adult British Columbians. The data has been statistically weighted according to Canadian census figures for age, gender and region in British Columbia. The margin of error, which measures sample variability, is plus or minus 3.5 percentage points, 19 times out of 20.