Another high-rise proposal in Delta

Another high-rise application has been submitted in Delta.
Apr 28, 2020 6:30 PM By: Sandor Gyarmati 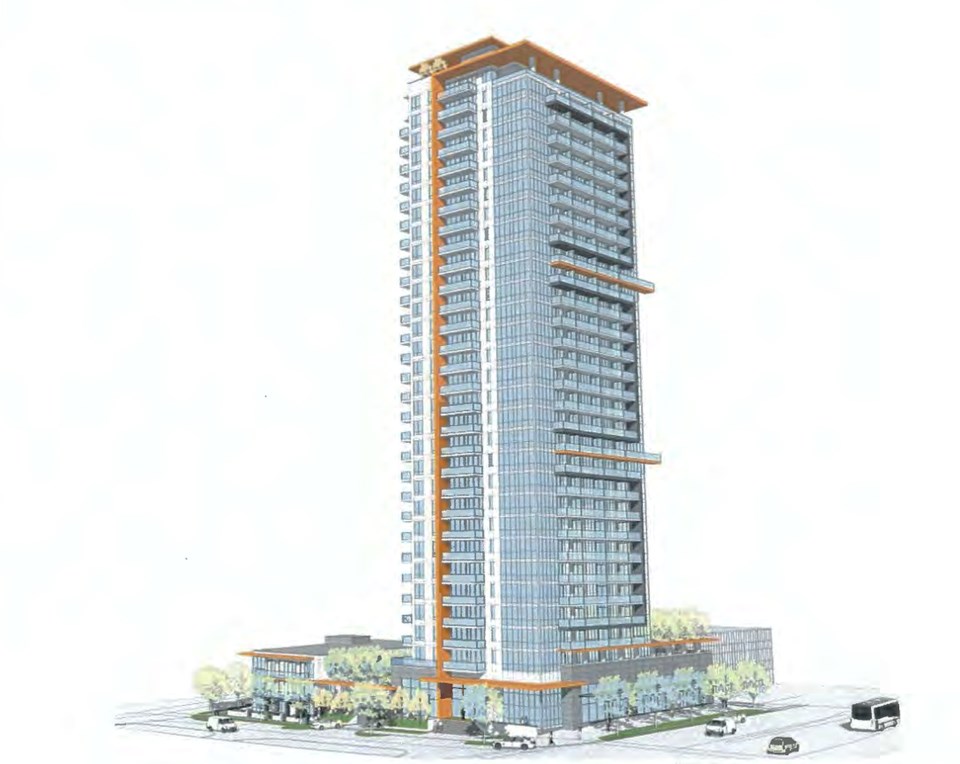 Another high-rise application has been submitted in Delta.

A report to council this week listed several new development applications received including property owner Penmat Mana and applicant Focus Architecture submitting a proposal for several properties at Scott Road and 93A Avenue for a mixed-use development comprising a 32-storey tower.

It would have ground-level commercial, a three-storey rental apartment building as well as indoor and outdoor common amenity space.

Located at the border of the so-called Townline Node area of North Delta, it has several hurdles to clear including rezoning.

“Given the recent establishment of the Mayor's Housing Task Force for Scott Road (MHTFSR) and ongoing work on the Townline Neighbourhood Plan, it is recommended that consultation for the subject application be deferred until the Task Force's work recommences, and that the Task Force be given an opportunity to provide early input on the proposal prior to a Public Information Meeting,” a report to council notes.

“This would ensure there is alignment with potential recommendations and specific initiatives to promote the development of diverse and affordable housing options in the Scott Road Corridor area.”

The report also notes that in light of the COVID-19 pandemic, it is recognized that public information meetings would only be held in the future once authorized by council in response to updated orders from the provincial health officer and in consideration of alternative options to gather public feedback, such as a virtual meeting platform.

However, at this time, staff continue to work with applicants on initial application review steps, including file circulation, notification, and review tasks.

A separate staff report notes they are currently exploring alternate methods for gathering public feedback on proposed larger developments, including the potential use of virtual public engagement options.

Council agreed with a suggestion by Mayor George Harvie that the application be put in a holding pattern until his task force has had the time to complete its work and also until a final report is submitted for the long term vision of the Townline Node.

Meanwhile, an application for another high-rise in North Delta that would be built in the Townline area has been put on hold by the applicant until the new neighbourhood plan is completed.

Maple Leaf Homes had applied to build a 32-storey tower in the 9500-block of Scott Road.

Another high-rise proposal for the North Delta Inn site at 70th Avenue and Scott Road, next door from Scottsdale Mall, is anticipated to be submitted this year.

The site is located within a designated higher-density, high-rise node in the corridor, unlike where a failed 35-storey high-rise proposal would have been built just down the road at 75A Avenue and Scott Road.

Following the defeat of that proposal, Mayor George Harvie started the new Scott Road task force aimed at exploring options for the corridor and provide more certainty for the public and developers.

Delta already got its first skyscraper with the Delta Rise tower.

That 37-storey building at 80th Avenue and Scott Road consists of more than 300 units on top of four floors of office and retail space.