Lots of land assemblies in Delta

Even more land assembly for sale signs are popping up throughout Delta.
Nov 24, 2019 7:00 AM By: Sandor Gyarmati 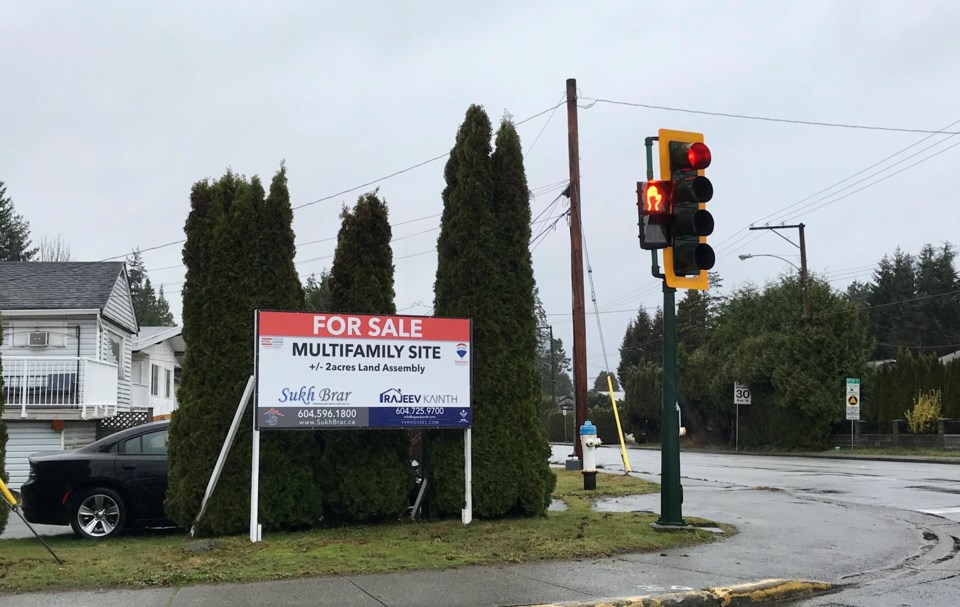 Property owners throughout Delta are hoping to get top dollar by getting together with their neighbours to create land assemblies. Several can be seen along 72nd Avenue.Sandor Gyarmati

Even more land assembly for sale signs are popping up throughout Delta.

With a couple of new townhouse projects already being built on 72nd Avenue in North Delta, for example, more signs by single-family property owners who are getting together are appearing, hoping to cash in on the city wanting higher density along that corridor.

A land assembly sign on the Delta side of Scott Road, not far from the contentious 75A high-rise proposal, also recently appeared, while a few land assembly signs are also up in other areas including Ladner and Tsawwassen.

According to a recent report by the Canada Mortgage and Housing Corporation, Metro Vancouver’s housing market will be "balanced" over the next couple of years with prices expected to increase, but only modest increases in line with population growth.

The report notes housing starts are expected to remain high, particularly multi-family homes which currently account for about 88 per cent of unit starts.

Meanwhile, Maple Leaf Homes has applied to consolidate seven single-family properties on 57th Street in Ladner into one parcel in order to develop a 40-unit, three-storey townhouse development.

The City of Delta, meanwhile, is currently undertaking a housing action plan, currently completing a housing needs assessment which included almost 1,000 residents filling out a survey.

Single-family homes and duplexes make up close to 80 per cent of the city’s housing stock, while condos are around 14 per cent and townhomes around  six per cent.