The average home square footage that “peak millennials” – currently 25-to-32-year-olds – can afford to buy is typically 12 per cent smaller in Greater Vancouver than it was a year ago, according to a Royal LePage survey released April 26.
Apr 26, 2018 11:03 AM By: Joannah Connolly 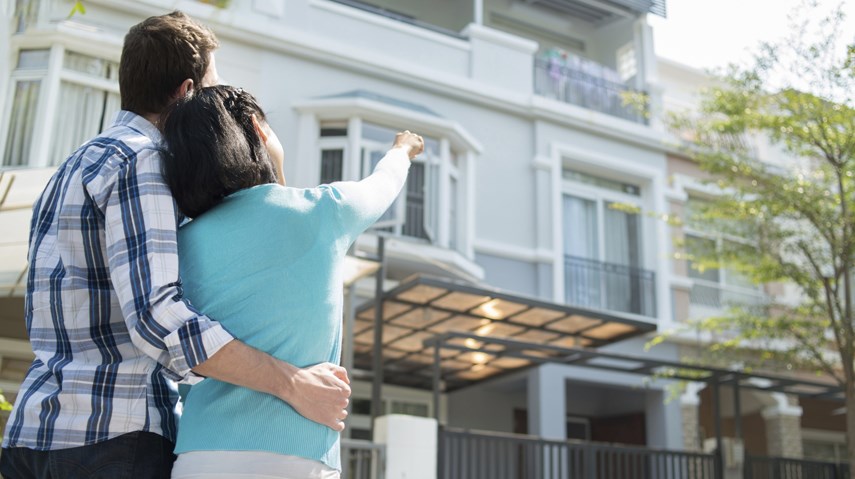 The average home square footage that “peak millennials” – currently 25-to-32-year-olds – can afford to buy is typically 12 per cent smaller in Greater Vancouver than it was a year ago, according to a Royal LePage survey released April 26.

The national brokerage said that this is because of the combination of rising home prices and the new mortgage stress test reducing buyers’ purchasing power.

Royal LePage cited a typical example of a peak millennial couple with a household income of $76,296 – close to Vancouver’s median household income. Under the new mortgage stress test, that couple could currently qualify for a mortgage on a $406,479 home, assuming a down payment of 20 per cent and a qualifying interest rate of 5.14 per cent. This purchasing power is 16.5 per cent lower than one year ago, when it was $486,674.

Royal LePage said that with a budget of between $325,000 and $425,000, right now, that couple would typically be able to buy a 788-square-foot home in Greater Vancouver (based on home listings between $325,000 and $425,000, as of April 23). One year previously, the same budget would have bought 878 square feet of space on average, meaning the same budget can now buy 10 per cent less space than one year ago. However, when factoring the same couple having more purchasing power one year previously, prior to the stress test, this becomes a 12 per cent annual reduction in space.

The brokerage added that, as of April 23, only five listings between $325,000 and $425,000 were available on the Multiple Listing Service (MLS) within Vancouver’s city limits.

This compares with our analysis of MLS listings as of April 26, which showed nine listings between $325,000 and $425,000 in Vancouver proper (all condos, averaging 622 square feet). Across the entire Real Estate Board of Greater Vancouver area, however, there were 197 homes for sale within that price range. When removing the lower price limit, there were 298 homes for sale under $425K as of April 26, excluding manufactured homes and fractional ownership properties. This number increases to 883 home listings under $425K when including the Fraser Valley and Chilliwack real estate board areas.

Royal LePage’s report observed, “High home values have pushed many peak millennials into the suburbs, like Coquitlam, Langley and Surrey, or further east into Abbotsford, Mission and Chilliwack where properties are even more affordable.”

The survey was issued on the same day that CIBC released a national survey of millennial home-buying aspirations.

CIBC found that 65 per cent of millennials aged 18-37 currently rent their home (42 per cent) or live with family or others (23 per cent). Of those, the overwhelming majority (94 per cent) intend to buy a home but 67 per cent of those haven’t started saving yet. Also, 46 per cent intend to buy within five years, with very few having saved the down payment.

Of the 35 per cent of Canadians aged 18-37 who own their home, 58 per cent said they worry that rising rates will affect their ability to manage current household expenses, according to CIBC.

“While most still dream of owning a home one day, higher house prices, the prospect of higher rates, and new qualifying rules are prompting some millennials to pause and question whether being a homeowner is realistic or even desirable for them,” said Grant Rasmussen, senior vice-president, Mobile Advice, CIBC. “The key is to understand your total housing costs and start planning early so you can consider your rent-versus-buy options in the context of your overall financial plan and desired lifestyle.”