Single-family homes up slightly again but are trailing behind hikes in multi-family market
Dec 7, 2017 12:22 PM By: Sandor Gyarmati 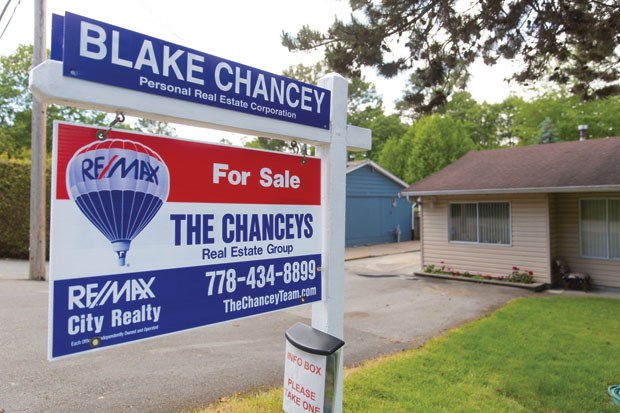 Home prices in South Delta continue to rise, but it’s the multi-family sector that has seen the biggest gains this year.

Single-family house prices continue to inch upward in South Delta while the condo and townhouse market picks up steam.

According to the Real Estate Board of Greater Vancouver, last month the benchmark price for a single-family home in Ladner was $1,035,000, an increase of just under one per cent from the previous month and up 6.5 per cent from six months ago.

In Tsawwassen, the benchmark price for a single-family home in November was $1,283,200, up .6 per cent from the previous month and 6.1 per cent from six months earlier.

Prices are rising at a greater rate in the attached market in South Delta.

The benchmark price in November for a townhouse in Ladner was $756,000, up 1.6 per cent from the previous month, while in Tsawwassen it was $753,000, an increase just under two per cent. The year-to-year change was 19.9 per cent and 26 per cent, respectively.

It’s pretty much the same story being told by the Fraser Valley Real Estate Board when it comes to condos and townhouses.

“Our attached market feels like our detached market used to,” said Gopal Sahota, Fraser Valley Real Estate Board president. “With our townhome and apartment inventory here, you have the same wide spectrum for pricing and supply that’s helping buyers of all types find success in the valley.”

The biggest increases from the previous year were for townhomes and condos.