Urban planner Gordon Harris, who was behind the low-carbon UniverCity enclave at SFU Burnaby, discusses how building sustainable communities can be rolled out
Sep 28, 2018 10:36 AM By: Joannah Connolly 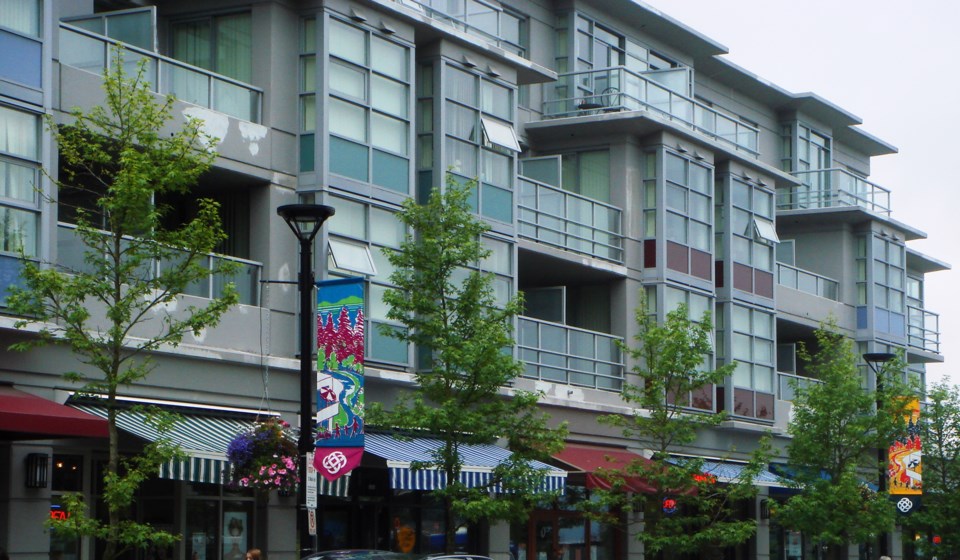 Atop a forested mountain in Burnaby lies UniverCity, an enclave that was created in the mid-90s to house Simon Fraser University faculty, staff and students, and be a model of a sustainable neighbourhood. More than a decade on, the community now boasts a thriving high street, a slew of new housing development in the works, and more than 5,000 current residents.

One of the key people behind UniverCity is urban planner Gordon Harris, who has published a new book on the lessons learned and how they can be replicated in similar sustainable communities across B.C. and Canada. Harris spoke in an interview to Glacier Media to explain how this approach can be economically viable and, in some cases, is already happening.

Q: How did you and your team approach building UniverCity in a sustainable way?

A: From the start, we wanted to building a community that would bring international acclaim to SFU and the City of Burnaby, and the notion was that the land would create endowment wealth for the university. Everybody was thinking about sustainability, and the idea morphed that we would build a model sustainable community. Those may not have been the exact words used, and even if they had been, it’s not clear that anybody quite understood what we meant by “sustainable community” in those days. It’s one of those terms that means what whoever is saying it wants it to mean. Since then, we have come to regard UniverCity more as a low-carbon community. If we are indeed a model for any kind of community development, what we do must be replicable and scaleable.

Q: What were some of the tools and methods you employed?

A: We started off with green building guidelines, which in time, around 2010, became requirements. We wanted to be 30 per cent more energy efficient and 40 per cent more water efficient than the current national energy code. To help developers achieve that, we also introduced a neighbourhood energy utility system that provides domestic heating and hot water, which got the homes around halfway to their targets. Then the balance was through better building techniques, better quality building and glazing, which also created homes that have higher interior air-quality standards and are less expensive to heat and maintain. The notion was that if it isn’t economic, it isn’t sustainable. We were trying to achieve a neighbourhood where there wasn’t a premium to these lofty goals, but a dividend. As the cost of energy in other homes increase, ours will become increasingly price-competitive. What’s more, we’re soon to be fuelling the district energy system with construction waste wood from landfill.

Q: Does this kind of sustainable building make a significant difference to carbon emissions?

A: Yes. Using our district energy system, of which SFU’s UniverCity is a customer, we’re reducing carbon emissions on Burnaby Mountain by 80 per cent. So that’s a significant reduction.

Q: You talk of energy cost savings, but what about the cost to the homebuyer up front? Aren’t eco-friendly homes an expensive luxury that only the wealthy can afford?

A: What we know through experience is that our developers are able to create housing on Burnaby Mountain that is price-competitive with other neighbourhoods in Burnaby and is probably among the lowest-priced new community development in the region. There was a time when there was a green premium – absolutely. We were all finding our way and learning how to make buildings energy-efficient. But it’s really become common practice to do a better job at insulating buildings, adding double- or triple-glazing – and product costs have come down, as demand for energy-efficient construction products have increased. In 2012, we opened a new childcare centre on Burnaby Mountain, described by the International Living Future Institute as “the greenest childcare centre on the planet” – it generates more energy than it uses, it harvests more water than it uses, has very few construction materials from beyond 500km, and it uses off-the-shelf materials, so it could be built anywhere. But for me the success is that we did all that, and managed to build that centre for 15 per cent or more below the cost of comparable childcare centres, through good design. It’s back to that notion of “if it isn’t economic, it isn’t sustainable.” It’s profitable sustainability.

Q: How are the eco-friendly homes at UniverCity being built at a lower cost?

A: In home construction, everybody’s upping their game. Developers can build their homes using our district energy system, which eliminates a mechanical room in each home, and the mechanical equipment, and every suite doesn’t have a hot water tank – you start adding these things up and there are savings. Also, the costs of green products like triple glazing is coming down.

Q: What else at UniverCity is helping carbon emissions?

A: When we’re all done, somewhere between 9,000 and 10,000 people will all be living within a five- to seven-minute walk of the high street, the elementary school, the childcare centre and transit. We’ve not only made direct energy-reduction achievements, but indirect ones as well. There are fewer cars on the roads, and 10 per cent of our residents don’t even have a car. People use transit here at roughly double the regional transit-use rate. And you can scale all of this up.

Q: So let’s talk about scaling it up. How can these kinds of communities be replicated across Metro Vancouver and further afield? Are there barriers to rolling them out?

A: There really aren’t any barriers. I just got back from Chengdu, China and some communities there are building sustainable communities on a much larger scale, that are setting new standards for energy efficiency and low-carbon living. As much as we were a pioneer in North America for a low-carbon neighbourhood, the world is catching up. People come from all over the world to study our community, and then they take away the ideas and improve upon them. We approach all our projects with the intention that it can be replicable and scalable – it can be bigger or smaller, and it can be repeated over and over.

Q: Outside of UniverCity, it seems like there’s a dripfeed approach to low-carbon construction in Metro Vancouver. Do you think we’ll see more sustainable communities, similar to yours, in our region any time soon?

A: I think we already are. We’re just seeing it in a different way. We’re seeing individual buildings and clusters of buildings that are way more energy-efficient than they would have been five or 10 years ago. It takes time, but there’s a serious commitment to neighbourhood energy systems, and there’s the Passive House initiative on multi-family wood-frame buildings, which seems like a small thing but that can change everything. And [in terms of the large masterplanned communities around the region] to some extent, these projects are already achieving [what we achieved at UniverCity] and some will even exceed it in many ways. Take the redevelopment of Oakridge, on the Canada Line, in an urban centre – that already means it’s going to much more energy-efficient than if those new homes were pushed out into the suburbs. The location of projects makes a huge difference. That combined with the kind of quality of construction we’re going to see – it’ll make a massive difference. And we have come to expect that any new projects will always be better than previous ones.

Q: What’s one of the biggest lessons you learned that applies to building these kinds of communities going forward?

A: On thing I’ve learned is that achievements must be incremental. If we had started UniverCity with mandated green building requirements [rather than the guidelines of the time], we might still be waiting for [a developer] to show up. Over time, we were able to change and increase requirements, and now we’ve gotten very close to where we wanted to be without being radical or extreme in what we were looking for – we weren’t asking for the impossible. That incremental approach, rather than thinking about it as a dripfeed, think about it as improvements upon improvements.

Market rebounds after COVID-induced chill
Aug 14, 2020 10:30 AM
Comments
We welcome your feedback and encourage you to share your thoughts. We ask that you be respectful of others and their points of view, refrain from personal attacks and stay on topic. To learn about our commenting policies and how we moderate, please read our Community Guidelines.