Inflation threatens to push some new buyers into precarious financial positions
Jun 1, 2021 11:20 AM By: Tyler Orton 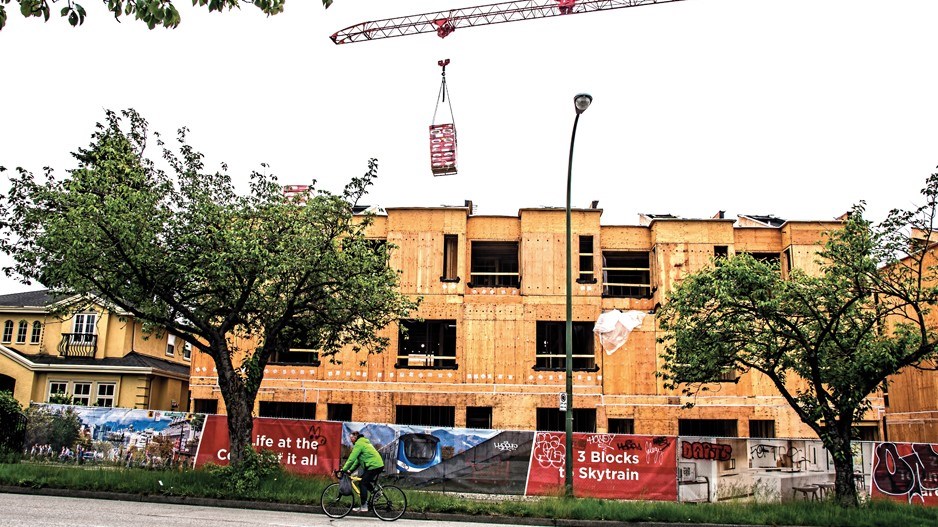 Young buyers have helped drive a recent B.C. housing sales surge – prompting worries that they could be vulnerable to rising interest rates.Chung Chow

Young homebuyers have found themselves in a “weird downturn” over the past year, according to Tom Davidoff.

“When you’re stuck at home, it’s nice to have a bigger home,” said the housing expert, who is an associate professor and director of the Centre for Urban Economics and Real Estate at the University of British Columbia.

Demand for larger dwellings and record-low interest rates brought on by the central bank’s efforts to spur economic growth have resulted in young buyers spilling out to the suburbs armed with enviable mortgage rates. The British Columbia Real Estate Association reported 13,683 residential units were sold across the province in April 2021 – up 312% from a year earlier.

But could these first-time buyers – those who’ve known only low interest rates since entering the workforce – find themselves overextended when they renew their mortgages?

“That’s what the stress test is for, which is what I think is a prudent thing for a government program to have in place,” said Davidoff. “Under traditional financing groups, you’re going to be OK as long as rates are below 5.5% to 6%.”

The Bank of Canada has signalled it will keep the overnight rate low for now, but inflationary pressures have been building not only in Canada but also in other major economies. The central bank might be pushed towards a rate hike sooner than expected to counter those pressures.

Canada’s annual inflation rate hit 3.4% in April – up 1.2 percentage points – to reach its highest level in a decade.

Meanwhile, headline inflation has expanded 2.3 percentage points over the past two months, representing its fastest two-month acceleration since the early 1950s, according to Benjamin Reitzes, BMO Capital Markets’ director of Canadian rates.

“The surge in headline inflation should come as a shock to absolutely no one. However, the breadth of the strength in CPI [consumer price index] this month, when much of the country was in lockdown or under tightening restrictions is notable,” he said in a May 21 note.

Reitzes expects the Bank of Canada to take the latest data in stride for now and see what the next few months bring before reacting.

In a March report co-authored by Reitzes and BMO senior economist Robert Kavcic, the pair cautioned, “The market has long been smoldering thanks to fundamentally driven pressure from demographic and supply-side factors. Now, fuel has been poured on the fire in quantity. Record-low interest rates have lowered mortgage costs and central bank guidance is cementing expectations that there is little to stop prices from moving higher.”

“I like to talk about having your own family stress test,” he said. “When you do your bank stress tests they’re not going to take into account things like putting your kids through daycare and some of these other expenses.”

Homebuyers should take all these additional expenses into account when thinking about their mortgage renewals, Evans added.

He’s also urging homebuyers to carefully examine the terms of conditions of mortgages.

“Some mortgages allow you to do what’s called a blend and extend … where let’s say you’re into your mortgage – two years into it or you’re three years into it – you could talk to your lender, let’s say over the last 12 months when rates were sub 2%, and say, ‘Hey, I know I paid 3%, but boy, I’d like to take advantage of the low rates today,’” Evans said.

“And you could blend your rate and renew it for another five years.”

Meanwhile, Davidoff pointed out that buyers now getting into the market are typically not the ones hit hardest by the pandemic’s economic impact. Instead, lower-wage workers in the service sector continue to depend on rental housing.

And Davidoff isn’t convinced Canada will see a return to the kind of sky-high inflation characteristic of the 1980s.

“People might not get killed if rates rise, but it’s not obvious that rates will rise,” he said, adding, however, that he is “confident there are people who are caught in a frenzy.”

Peek inside Vancouver's most expensive condo on the market, customized for a 'Hollywood action star' (PHOTOS, VIDEO)
Mar 23, 2021 9:20 AM
Comments