Most of us don’t think a lot about sewers or water pipes, until something goes wrong. David O’Sullivan, owner of PW Trenchless, is passionate about the subject because, while it’s mundane and far from glamorous, it’s also important. 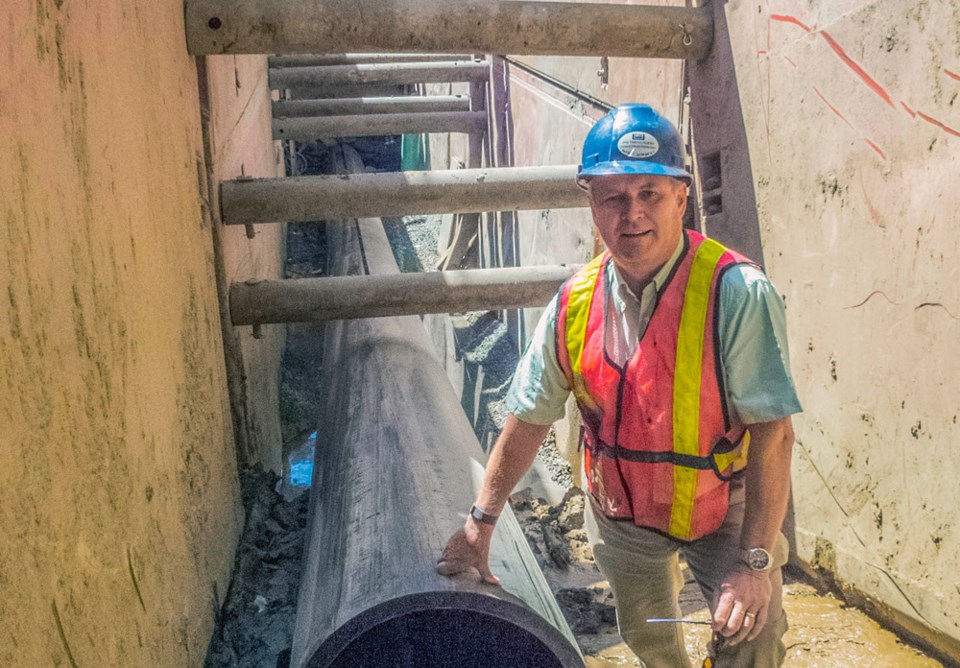 Most of us don’t think a lot about sewers or water pipes, until something goes wrong. David O’Sullivan, owner of PW Trenchless, is passionate about the subject because, while it’s mundane and far from glamorous, it’s also important. “One of the big differences between Canada and developing countries is that we have clean water and sewers – it’s the reason we live to our 80s and beyond, rather than dying in our 50s.”

Of course, clean water and drainage have been part of life here for generations. O’Sullivan’s business is about improving the infrastructure so replacing and repairing pipes is cheaper, faster, less disruptive, and better for the environment. His company uses trenchless construction, where instead of digging a trench to lay or fix pipes, they dig a relatively small hole, then use techniques like Pipe Bursting. That means less damage to the road, shorter disruption to traffic, and a lower carbon footprint.

It’s a technology with obvious advantages but O’Sullivan says people are still slow to see the benefits. He’s trying to counter this by holding lunch-and-learn sessions at local engineering firms and cities, and is also active in his industry body, the North American Society for Trenchless Technology (NASTT).

Born and raised in Ireland, O’Sullivan gained his engineering education in Cork before moving to Canada in 1978. He got into contracting in 1986 and opened PW Trenchless in 2000 – trenchless technology appeals to his dislike of waste and inefficiency. The company is now one of the top trenchless specialists in North America for Pipe Bursting, and the main one in Metro Vancouver. O’Sullivan puts his success down to his tenacity, and his ability to see the big picture.

O’Sullivan also brings this mind-set to his charity work. Having been very lucky in life, he believes in giving back. For the past five years, he has been on the board of Luke 15, a house of healing for men who are recovering from addictions to drugs and alcohol. “My specialty has always been using my business knowledge and acumen to help the board become more professional. I do not have the ability to work hand in hand with the men attending Luke 15, but I can work behind the scenes,” he says. “Just like in my day job, my interest is in running things properly. I believe in developing things and taking them to the end. I’ve never been the academic – my strengths are hard work and seeing the big picture so we can get to where we need to be.”

To find out more about trenchless construction, visit PWTrenchless.com or call 604-580-0446.