NEW DELHI — Thousands of protesting Indian farmers blockaded highways across the country for several hours Saturday to press their demands for the repeal of new agricultural laws that have led to months of massive protests.
Feb 6, 2021 4:12 AM By: Canadian Press 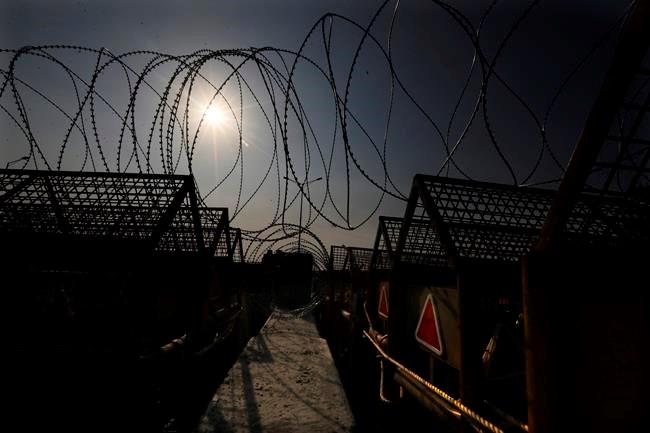 NEW DELHI — Thousands of protesting Indian farmers blockaded highways across the country for several hours Saturday to press their demands for the repeal of new agricultural laws that have led to months of massive protests.

The protesters used tractors, trucks and even boulders to blockade the roads. They carried banners and flags denouncing the laws, which they say will leave them poorer and at the mercy of corporations.

“We will keep fighting till our last breath,” said 80-year-old Jhajjan Singh, a farmer at a protest site in Ghazipur. Prime Minister Narendra “Modi should know that either he will remain, or we will.”

Authorities deployed thousands of security forces mainly outside India’s capital, where farmers have camped at three main sites for more than two months. The farmers have said they won’t leave until the government rolls back the laws.

Saturday's blockade started at noon and lasted for three hours. No violence was immediately reported.

Several rounds of talks between farmers with the government have failed to produce any breakthroughs. The government has said the laws are necessary to modernize Indian agriculture.

On Friday, Agriculture Minister Narendra Singh Tomar defended the laws in Parliament, dampening hopes of a quick settlement as he made no new offer to resume talks with the farmers.

The protests turned violent on Jan. 26, India’s Republic Day, when a group of of farmers riding tractors veered from the protest route and stormed the 17th century Red Fort. Hundreds of police officers were injured as were scores of farmers. One protester died.

Farmer leaders condemned the violence but said they would not call off the protest.

Since then, authorities have heavily increased security at protest sites outside New Delhi’s border, adding iron spikes and steel barricades to stop the farmers from entering the capital.

Meanwhile, the Office of the United Nations High Commissioner for Human Rights called on authorities and protesters to exercise “maximum restraint.”

“The rights to peaceful assembly & expression should be protected both offline & online. It’s crucial to find equitable solutions with due respect to #HumanRights for all,” the UN body said in a tweet late Friday.