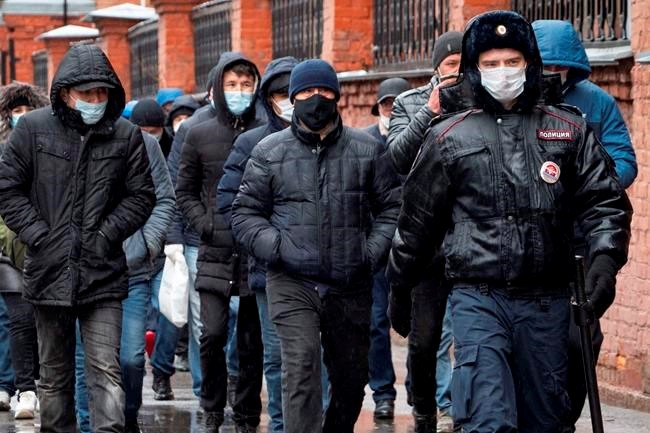 CAMEROON, Cameroon — A new U.N. report estimates that the COVID-19 pandemic reduced the number of international migrants by 2 million by the middle of 2020 because of border closings and a halt to travel worldwide — an estimated 27% decrease in expected growth.

Clare Menozzi, principal author of the report by the U.N. Department of Economic and Social Affairs’ Population Division, told a news conference Friday that for the second half of 2020 “we have a sense that it will be probably comparable, if not more so.”

She said international migration had been projected to grow by 7 to 8 million between mid-2019 and mid-2020.

But the border closures and travel clampdown starting in March, as the pandemic circled the globe, meant zero growth for four months, and an estimated 2 million reduction in the expected number of international migrants, Menozzi said.

By August 2020, Population Division Director John Wilmoth noted, “there had been more than 80,000 travel restrictions imposed by 219 countries or territories across the world.”

Over the last two decades, growth in the number of international migrants has been robust.

Wilmoth said that according to the latest estimates, “the number of international migrants worldwide reached 281 million persons in 2020, up from 173 million in 2000,” They account for just 3.6% of the total global population, he said.

Liu Zhenmin, undersecretary-general for economic and social affairs, said, “The report affirms that migration is a part of today’s globalized world and shows how the COVID-19 pandemic has impacted the livelihoods of millions of migrants and their families” and undermined progress on achieving U.N. development goals for 2030.

The economic fallout from the pandemic is expected to reduce remittances from people working abroad to low- and middle-income countries from $548 billion in 2019 to $470 billion in 2021, according to projections by the World Bank.

Wilmoth said the data confirmed that nearly two-thirds of all international migrants were living in high-income countries.

According to the report, the United States continued to top the destination list with 51 million international migrants in 2020, representing 18% of the global total. Germany was second, hosting around 16 million international migrants, followed by Saudi Arabia with 13 million, Russia with 12 million and the United Kingdom with 9 million, it said.

India topped the list of countries with the largest diasporas in 2020, with 18 million Indians living abroad, followed by Mexico and Russia, each with 11 million outside the country, China with 10 million, and Syria with 8 million, the report said.