Kenlers lost their miniature poodle Fergus after it was attacked by pit bull
Mar 16, 2016 12:00 AM By: Jessica Kerr 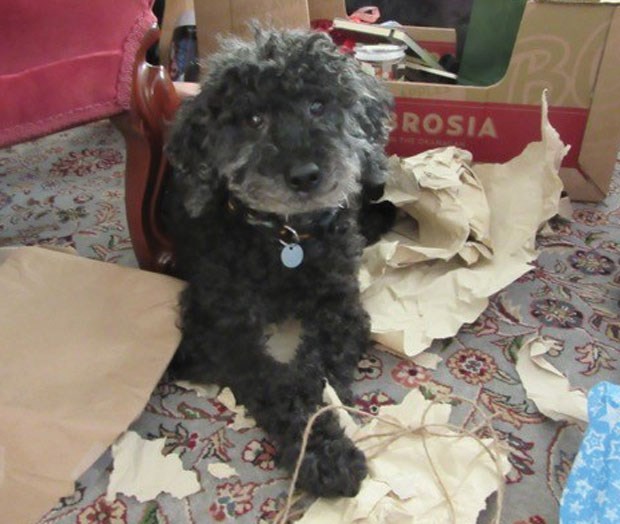 Ron and Melanie Kenler’s dog Fergus was killed after an attack in North Delta last month.submitted

A Delta family is calling on the municipality to beef up its animal control bylaw after it suffered a fatal dog attack last month.

"I just feel as a victim of all of this there are no repercussions to all of this," said Melanie Kenler.

Kenler's husband Ron was walking the couple's two dogs in their North Delta neighbourhood when a large pit bull ran out from a house and headed straight for the Kenlers' miniature poodles.

Kenler said her husband tried to put himself between the pit bull and his dogs but it managed to get a hold of Fergus. The pit bull shook the small dog until a passing motorist honked repeatedly to distract it. The owners then came out of the house to retrieve their dog.

The Kenlers rushed Fergus to the vet but the dog died a short time later.

Hugh Davies, Delta's manager of property use and compliance, said the incident was investigated by animal control officers and the dog, which had no previous history of aggression, has been deemed aggressive.

The aggressive dog designation also comes with several stipulations, including ensuring the dog is on a leash with a muzzle and that when outdoors it must be kept in an enclosure with a roof.

remorse following the attack, have already reported to the Surrey SPCA and are planning on taking dog training classes.

"They're doing the right things without being prodded," he said.

"It's a bad situation," Davies said. "We do have good tools within our bylaw to deal with it."

However, Kenler said she would like to see the municipality do more.

"Ultimately I would like to see that dog euthanized because I think it is a danger," she said, adding she would also like to see Delta up its fines.

"Let's put the onus on the dog owner," she said.

"If I carry a gun, the onus is on myself to use the gun properly or I will be fined. If I shoot someone once, even if it was by mistake, I will be, at the very least, fined."

Previously under Delta's animal control bylaw, pit bulls were automatically classified as dangerous dogs. That clause was dropped from the regulations in 2010.