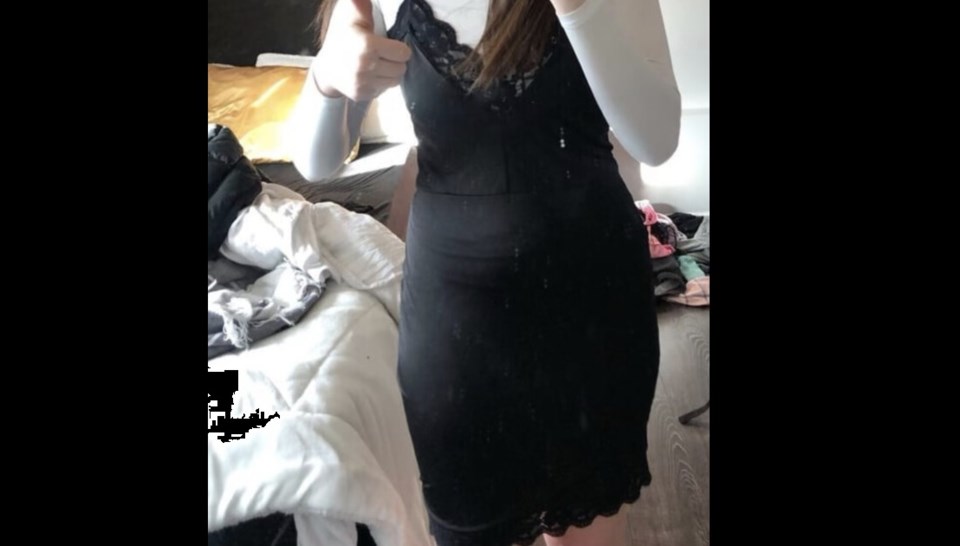 Parents of students at a Kamloops high school are upset with the alleged handling of a perceived wardrobe issue on Tuesday that is going viral on social media.

A Grade 12 student at NorKam secondary was sent home on Tuesday, according to multiple posts on social media, told her outfit was not appropriate for school. She was wearing a black dress on top of a white turtle neck.

“She was told the outfit she was wearing made or could make her or the teacher’s assistant, who was a male, feel uncomfortable, so she was removed from class,” he said in a video posted to the social media site.

“My daughter walks home in tears. … I can’t even explain how disappointing it is that in 2021, for a teacher to centre a student out and say, ‘What you’re wearing is making people feel uncomfortable.’”

Other parents appear to agree.

“This is not OK,” Bethanie Frank wrote on Facebook.

“My son attends your school and I do not want your staff to perpetuate and role model rape culture and the shaming and sexualization of females for what they wear. … If adults are feeling bothered by that outfit on a child, get them out of my child’s school. They have an issue and it’s sickening.”

Castanet Kamloops has reached out to SD73 for comment.