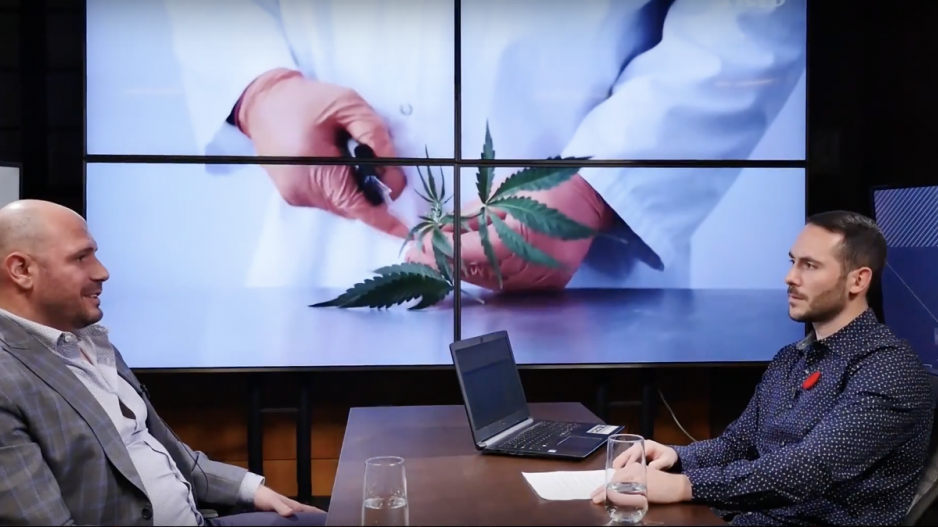 A pair of investors leading a class action lawsuit against a group of stock promoters and purported consultants, known as the Bridgemark Group, has reached a $2.4 million settlement with one of 11 junior companies involved in an alleged fraud scheme.

B.C.-registered cannabis company Beleave Inc. and two of its former executives, CEO Andrew Wnek and CFO Bojan Krasic, reached the settlement after the company filed for bankruptcy in Ontario late last year. The funds will be placed in a trust account until the lawsuit is complete.

While the settlement, reached with the company’s insurer, does not represent all the money that investors lost in Beleave Inc. after the scheme took place, B.C. Supreme Court Madam Justice Sandra Wilkinson ruled on January 8 that it “is fair and reasonable and in the best interests of those affected by it.”

The investors are suing 10 other companies, their executives and dozens of stock promoters and purported consultants — all of whom are respondents to a November 2018 notice of hearing from the B.C. Securities Commission related to an alleged, illegal share distribution scheme

Beleave is one of two companies that has previously admitted it “participated in conduct that is abusive to B.C.’s capital markets,” for its part in the scheme.

The class action proceedings have yet to be approved against those other defendants so the judge had to approve it, in part, for the purpose of the settlement with Beleave. A hearing to approve the class action lawsuit in full is scheduled in early March.

Beleave issued $10 million worth of securities in April and June of 2018 to some of the purported consultants belonging to what the commission dubbed the Bridgemark Group. Beleave then issued news releases about such interest in the company — a significant signal to future retail investors, such as Tietz and Loewen.

But the Canadian Securities Exchange-traded company simultaneously returned $7.5 million through pre-paid fees to the purported consultants, even though they did not provide any services, noted a June 2019 BCSC statement.

The consultants then “immediately resold most of their shares at prices below what they had paid,” resulting in significant profits.

The shady shares — which quickly ended up in the hands of the retail investors —devalued and diluted the company stock.

This process is alleged to have occurred within 11 companies, however several observers of B.C.’s capital markets tell Glacier Media such consulting activity is far more widespread.

Beleave spokesperson Kevin Keagan told Glacier Media in June 2019 that Beleave immediately hired independent lawyers to determine the nature of the allegations — a matter the BCSC said was a mitigating factor in unhooking the leash on their investigation of the company.

That BCSC investigation is ongoing, since fall of 2018, and no hearing date has been set. The BCSC has named Justin Liu and Anthony Jackson as “primary architects” of the alleged scheme. The BCSC subsequently lifted limited and temporary trade orders against all the respondents save for Liu and Jackson.

The pair has applied to the courts to keep certain BCSC investigation records from the investors. The documents had already been obtained by Glacier Media, prior to the class action lawsuit application in 2019.

The Bridgemark Group respondents claimed release of the records put their commercial interests at risk and the commission erred by releasing them under Freedom of Information laws. Both the B.C. Supreme Court and B.C. Court of Appeal have upheld the commission’s decision, however Jackson and Liu have since filed an application to appeal to the Supreme Court of Canada, Mogerman told Glacier Media — thus putting a further hold on the files.

The investigation records show some extent to the ubiquitous six-figure consulting contracts the purported consultants signed with these companies, which had little to no revenue and/or had significant debt.

For example, over two years a Vancouver woman named Danilen Villanueva seemingly went from working at McDonald’s to working as Jackson’s BridgeMark Financial Corp. receptionist in 2016.

Villanueva, a hearing respondent, went on to buy and sell at least $5.9 million worth of stock and signing, over a five-month span, lucrative six-figure consulting contracts as sole director and beneficiary of purported consulting firm Detona Capital Corp. with the same mailing address as Jackson’s companies, according to the BCSC.

The investigation files do not show the details of the $7.5 million worth of consulting contracts awarded by Beleave.

Jackson directs BridgeMark Financial and is a resident of West Vancouver along with his sister Tara Haddad of Saiya Capital and his father-in-law Tollstam, who is the former City of North Vancouver chief administrative officer. All three are registered accountants and hearing respondents.

The Bridgemark Group remains active in the capital markets.

Modern Meat recently posted gross profits of $1,037 and a net and comprehensive loss of $5.2 million for the year ending August 31, 2020.

This week the commission launched a campaign to augment public confidence in investing in B.C.’s capital markets.

“BCSC research shows that nearly half of British Columbians are anxious about losing money on their investments,” stated the commission.