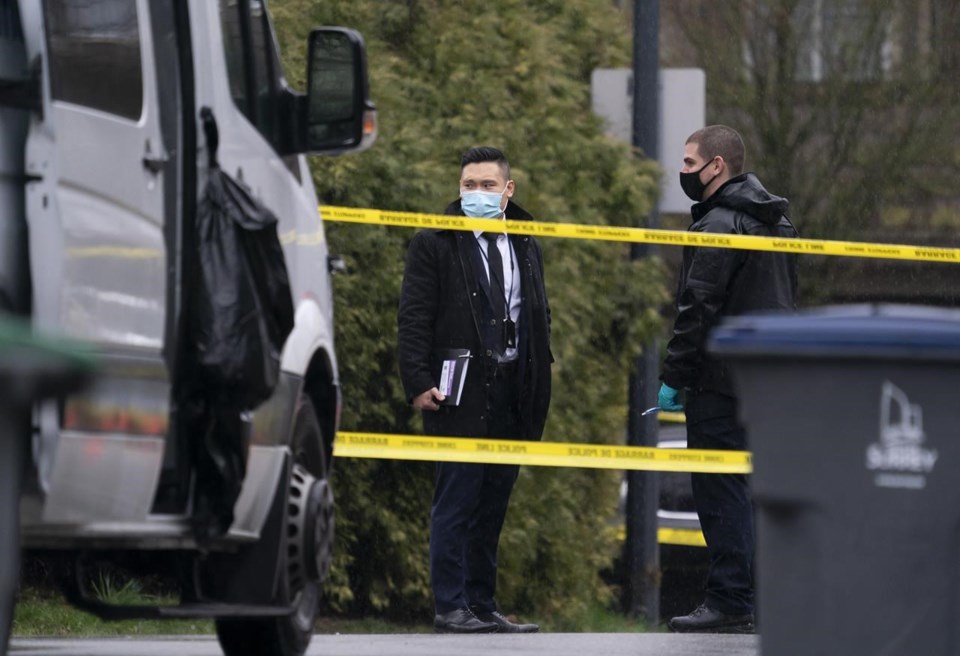 SURREY, B.C. — The man fatally shot outside a sports complex in Langley, B.C., has been identified by police as a longtime gang associate targeted in what investigators believe is an intensifying gangland conflict that has simmered for almost two decades.

The victim of Wednesday's shooting is 46-year-old Todd Gouwenberg and although police have not yet found an obvious motive for his slaying, they say it was targeted.

Investigators are not linking Gouwenberg's murder to the shootings of 20-year-old Bailey McKinney in Coquitlam on Monday or the April 18 killing of 31-year-old Harpreet Singh Dhaliwal in Vancouver, but they say the three targeted attacks show a disturbing trend because all happened in daylight, in busy areas full of children and families.

Speaking at a news conference in Surrey, Mann says 15 gang-related killings have occurred across Metro Vancouver in 2021, after gang violence had subsided every year since 2017 — with a low of 23 murders in the region last year.

He says the situation has flared again, as tensions dating back to 2008 and 2009 between the United Nations gang and rivals including the Red Scorpions, Independent Soldiers and the Wolf Pack are aggravated by the emergence of new players.

"New groups have entered into the gang landscape that has resulted in more conflict," he said.

"Contributing factors to this include the connection to past conflicts and incidents, new and quickly changing alliances, family connections, competition over drug lines, backstabbing and debt collection," said Mann.

No arrests have been made in any of the three shootings but Vancouver police Supt. Lisa Byrne said 60 officers were assigned to last Sunday's homicide of Dhaliwal in the city's Coal Harbour area.

"We will be poised to provide you with a significant update on that investigation in the coming days," said Byrne.

Former gaming minister agrees 'unfair' to cop who said 'something stinky' at casinos
May 14, 2021 5:27 PM
Comments