Staff and students at Holly Elementary were thrilled to find out that they had won the jersey and it is now displayed with pride at the school.
Jan 20, 2021 9:00 AM By: Delta School District/Contributed 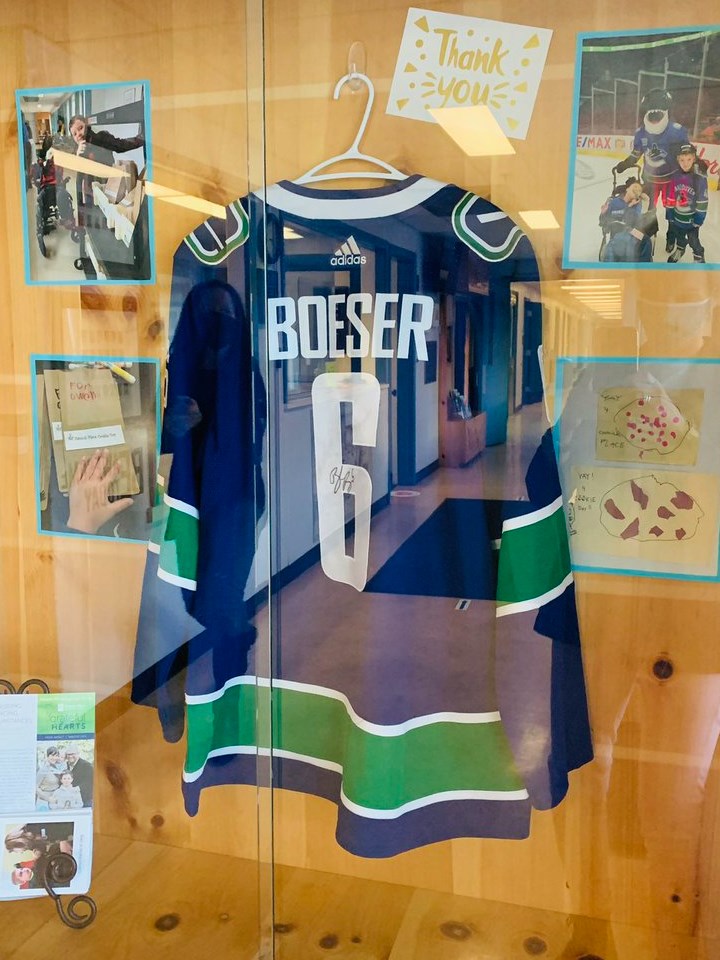 Holly Elementary are proudly displaying a signed Vancouver Canucks Brock Boeser jersey after winning a draw thanks to their fundraising efforts for Canuck Place.Delta School District

Students at Holly Elementary worked together to raise money for Canuck Place in honour of one of their fellow students, Owen Hill Davie.

Canuck Place has been a vital to the well-being of Owen, his mom Stephanie Hill Davie and their entire family for the past two years.

Last year, Stephanie approached the school to see if it would help with her fundraising efforts and as a result, in the run up to the second annual Canuck Place Cookie Day on Feb 27, 2020, the school organized a fundraiser to sell cookies to families with 100 per cent of the proceeds going to Canuck Place. Owen's class took on responsibility for publicizing the event, which resulted in more than $2,000 being raised.

All schools that took part in fundraising activities for Canuck Place were entered into a draw to win a signed Brock Boeser jersey. Staff and students at Holly Elementary were thrilled to find out that they had won the jersey and it is now displayed with pride at the school.

Soroptimist International continues to give back
Mar 6, 2021 7:00 AM