The first of what could be many new artworks is being painted in Ladner Village.
May 27, 2020 12:35 PM By: Sandor Gyarmati 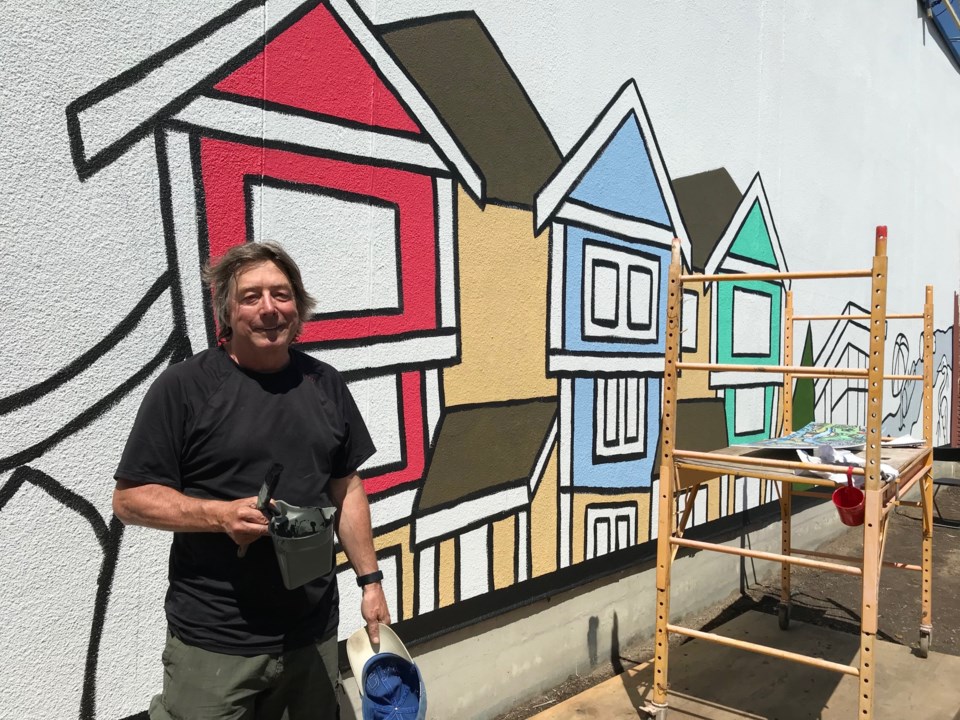 The first of what could be many new artworks is being painted in Ladner Village.

South Delta artist Gary Nay has begun painting a colourful mural on a side wall of the Telus building facing 48th Avenue, a project he says will take about six to eight weeks to complete.

A mural program is just one of several ideas the Ladner Village Renewal Advisory Committee had put forward with the idea adding more immediate vibrancy to the village.

The Telus wall became a new canvass for such a project when several trees were removed.

“The mural highlights themes of culture, industry, and nature – following the Fraser River from Brunswick Point to Watershed Park as it winds its way through Delta’s past, present and future,” the city states.