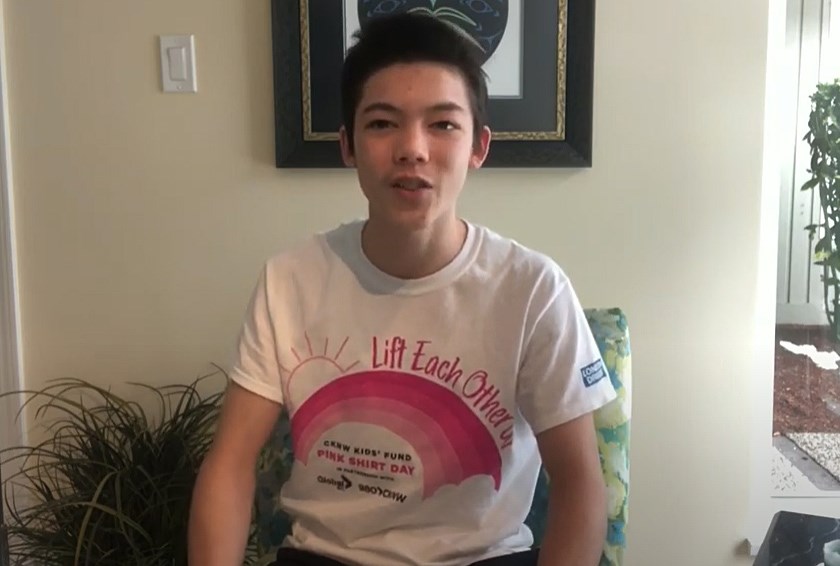 A Tsawwassen teen has created an inspiring video to commemorate Pink Shirt Day.

Jake Tyler Broad was a victim of mental and physical abuse and was also picked on at school for his smaller stature. That was until his father stepped in and removed Tyler from those negative situations and began training him and his brother in martial arts.

Years later, Broad is not only a black belt in Shotokan Karate and W.T.F. Taekwondo, he has become a young leader in his community, instructing martial arts classes for the last three years and recently launching the Kidz StreetSmarts Program.

It’s a series of online physical and mental self-defense classes which will teach youth how to deal with cyber bullying, anxiety and other everyday life situations.

It was through his teaching martial arts and working with youth that inspired him to create the program.

Broad recently enrolled at Douglas College to get his Bachelor of Arts in Child and Youth Care and also attends Flight Academy to improve his acrobatic abilities as he also wants to be a stuntman.

He covers a number of topics regarding bullying in his 20-minute video presentation, including a direct message to bullies and helpful tips to avoid difficult situations. It can be viewed on YouTube.