Kwantlen Polytechnic University (KPU) brewing graduates have achieved significant feats, including becoming head brewers at some of B.C.’s top breweries racking up an impressive list of awards, provincially, nationally and internationally.
Aug 20, 2018 11:05 AM By: Delta Optimist 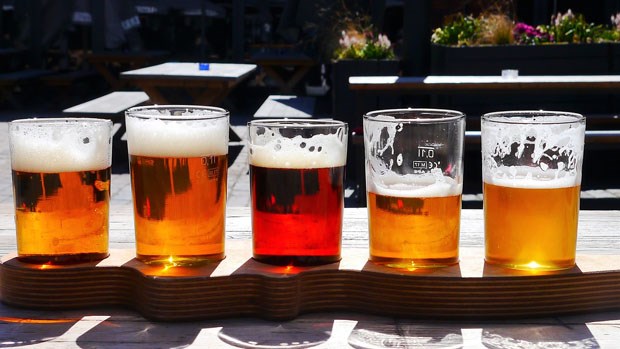 Now, KPU has invited these busy young brewers back on campus to create the first alumni collaboration brews.

The alumni teamed up with KPU brewing instructors Martina Solano Bielen, Jon Howe and Derek Kindret this summer to develop recipes and brew at the KPU brewery in Langley. The brewers, who were able to get as creative as they wanted, produced recipes such as a Salsa Piquanté Wheat Ale with mango and a Dry-Hopped Kettle Sour with Lemondrop hops.

The participating alumni brewers include:

“We have so many alumni to choose from and we tried to pick from each grad class, so it wasn’t an easy task,” said Alek Egi, chair and instructor for the KPU brewing diploma. “The goal is to do a collaboration series every year during the summer break. It’s also a great opportunity for grads to come back and put their unique stamp on a KPU beer.”

The first collaboration beer, a Salsa Piquanté Wheat Ale Morrison was released on Friday at the KPU Brew Lab in Langley.

“It was great being back in the KPU Brew Lab and creating one of the first alumni collaboration brews,” said Morrison. “It’s a much smaller system than what I’m used to at Red Truck and it reminds me of how far I’ve come since graduation. For our collaboration brew, we made a Salsa Piquanté beer, which is a sessionable summer wheat ale with a few surprises - infused with mango and habanero pepper, but only has a tiny bit of heat to it. We wanted the flavour, not the shock factor."