Music is vital to the Delta Music Makers Community Band

For 38 years this Ladner-based concert band has provided performances throughout the year in and around Delta
Jan 16, 2021 12:00 PM By: Submitted/Delta Music Makers 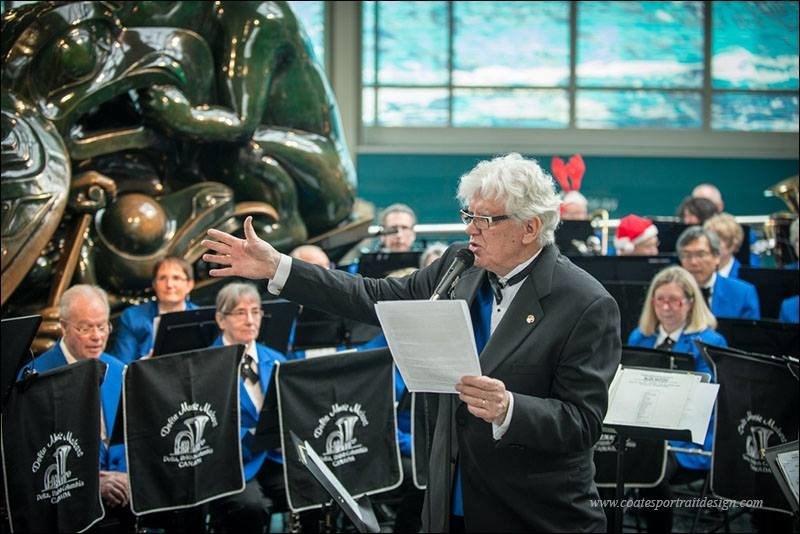 The Delta Music Makers are missing the music.

For 38 years this Ladner-based concert band has provided performances throughout the year in and around Delta.

“Playing with the band is almost like breathing – I can only go so long without it,” said one band member recently when asked to provide a comment for this story.

In June, the Music Makers would have hosted the 17th annual Ladner Bandfest, a two-day festival of concert bands at Memorial Park that is free and open to the public.

Also in June, there would have been ‘Concerts In The Park,’ hosted by the Delta Parks and Recreation Department.

In November the band would have enjoyed performing a Concert of Remembrance to honour veterans. Joyful Christmas concerts would have been hosted by McKee House, KinVillage, and Tsawwassen Mills in December.

“Our musicians miss the camaraderie of the rehearsals, the satisfaction of learning new music, and the exhilaration of sharing it with our audiences,” said conductor Curt Jantzen. “But we are fully committed to abiding by the health mandates of our Provincial Health Officer, Dr. Bonnie Henry.”

In an effort to keep the group practicing and spirits up, three 2020 summer rehearsals were organized outdoors at Delta Manor Education Centre, but as the cooling weather reduced the enthusiasm for rehearsing in the fresh air, a plan was made with Continuing Education to go inside. However, further restrictions due to COVID-19 prevented that from happening.

The Delta Music Makers again planned to start rehearsals on Jan. 5, but that has been called off until March.

The Delta Music Makers have high hopes of hosting Ladner Bandfest June 5-6 at Memorial Park. More details on this will be released in the coming months.

“We are all so hopeful that we can get the music started again, especially by June for the Ladner Bandfest,” added assistant conductor Margaret Behenna.

Planned for 2021 is a tour of the UK and France, assuming COVID-19 is in the rear-view mirror by August. On their England tour the Delta Music Makers will perform at Chester, St. Ives Cornwall, and Beckenham, near London. Then it’s across the channel to Normandy with plans to perform at such meaningful Canadian sites as Vimy Ridge Memorial, the Menin Gate, and Juno Beach Centre.

“We have our collective fingers crossed,” added Jantzen. “Hoping that the COVID-19 vaccine will allow this exciting tour that has been three years in the planning.”

The band has often travelled far afield, with tours throughout B.C., the Maritimes, California, Florida, Ireland, Scotland, the UK, and throughout Europe.

Their most recent tour included Budapest, Sopron, Vienna, and Prague, hosted by Music-land Hungary in 2017.

New players are always welcomed to join the Delta Music Makers, on any band instrument. In March they could especially use additional trumpets and another drummer.