Delta contingent to stage own show, Canadian Heroes, next week in Vancouver
May 5, 2017 12:00 AM By: Dave Willis 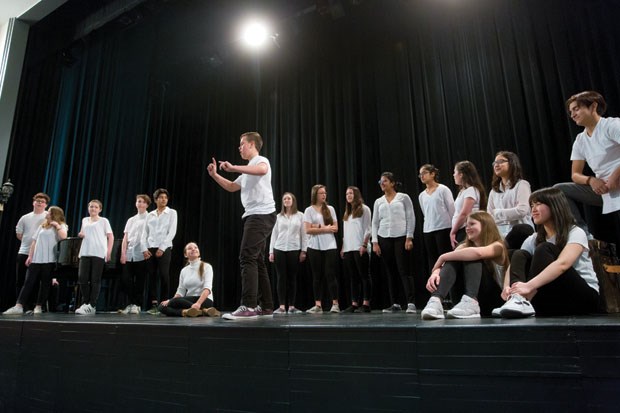 Students from Delta's opera and performance academy will be performing at the inaugural Vancouver Opera Festival next Thursday.

Their performance highlights five notable people (George-Étienne Cartier, Emily Carr, Bertha Wilson, Elijah Harper and David Suzuki) in Canada's history and explores a turning point in their lives and how they influenced our country, explains student Linden Smith, who's in Grade 8 at Delta Secondary.

A lot of research has gone into the show, says student Walter Cruz.

"It's theirs, really. The dialogue, the songs, the melodies," she says.

Being a part of the upcoming festival is a unique opportunity, says student Samantha van Gogh, who's in Grade 12 at South Delta Secondary.

"It's taking students ... and putting them in a place that they'd never be on their own," she says.

Some of the academy students are also volunteering at the festival. The academy is offered in conjunction with the Vancouver Opera.

The inaugural festival features professional productions of Otello, The Marriage of Figaro and Dead Man Walking along with panel talks, community events and backstage tours.

The academy's performance, Canadian Heroes: From Coast to Coast, takes place Thursday, May 11 at 6 p.m. at the Queen Elizabeth Plaza in Vancouver. Admission is free. Visit festival.vancouveropera.ca for more.