Director selects This Is Our Youth as first production for new theatre company
Jun 23, 2017 12:00 AM By: Dave Willis 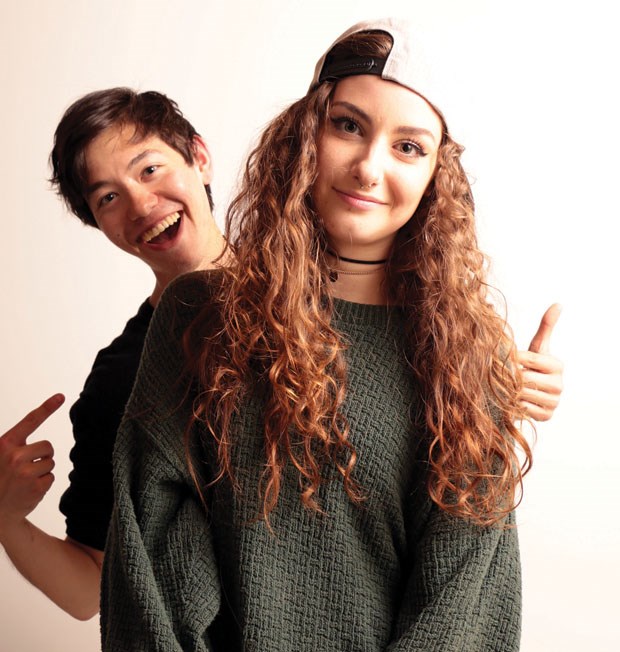 Beau Han Bridge and Mackenzie Cardwell are working together again in This Is Our Youth.submitted

"So far it's been very, very daunting but worth it," he says.

Bridge, 23, is tackling This Is Our Youth as the first production for his new company, Midtwenties Theatre Society.

The play by Kenneth Lonergan has a cast of three and is a "brilliant, darkly humorous, bittersweet portrait of youth poised on the cusp of the scary, disillusioning path to adulthood," according to a release.

Bridge, who's directing, says while some say it's a coming of age story for one of the characters, he sees the play as a mosaic of three very distinct young people and how dissatisfied they are with the society they have around them.

Tsawwassen's Mackenzie Cardwell, 22, plays Jessica. Cardwell, who has film, TV and theatrical experience, describes the character as "incredibly anxious" as well as fiery and opinionated.

"(There's) so much to unpack and so many interesting layers to her," Cardwell says.

Bridge, who's also an independent filmmaker, says he aims to address plays that are less explored in the theatre scene with Midtwenties Theatre Society and also focus on plays that can't easily be fit into specific genres.

Bridge and Cardwell were in productions together at South Delta Secondary and later worked together in one of Bridge's film projects.

Other cast members include Quinn Hinch as Warren and Zack Currie as Dennis.

This Is Our Youth runs from Friday, July 14 to Monday, July 17, Wednesday, July 19 and Friday, July 21 to Sunday, July 23 at the Red Gate Revue Stage on Granville Island, 1601 Johnston St. Tickets are $20 and available online at http://www.brownpapertickets.com.