Delta’s Zodiac Hurricane has just been awarded a major military contract helping to insure the company stays a world leader in the military RIB (Rigid Inflatable Boats) market.
May 23, 2020 7:05 AM By: Ian Jacques 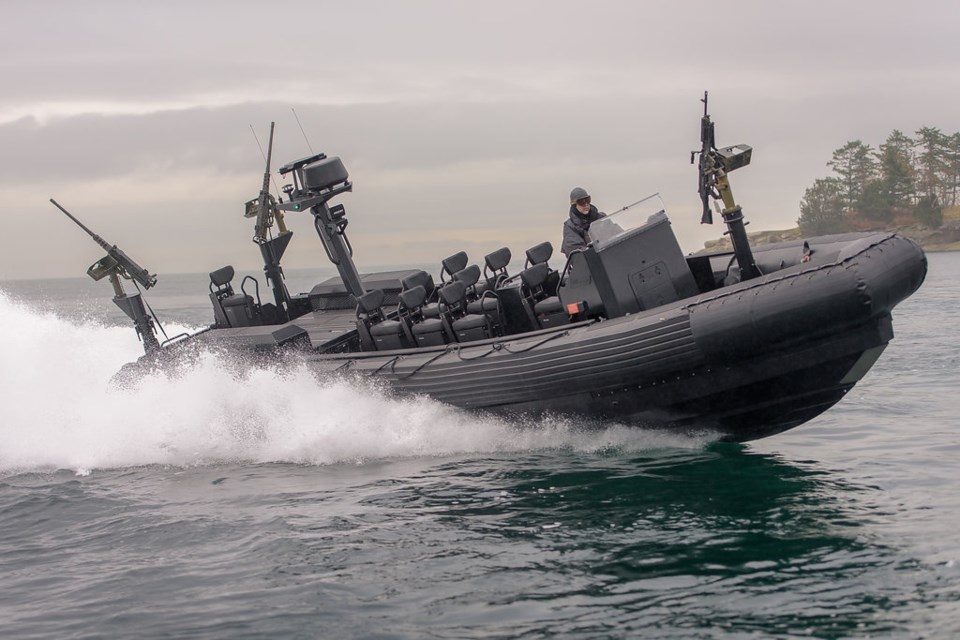 The contract, valued at $35 million, is the largest contract in the history of the company. It calls for the production and manufacturing of 30x9 metre RIBs for the Department of National Defence and the Canadian Navy. The new platforms will equip new Canadian frigates.

Zodiac’s president and general manager Jean-Jacques Arignon said winning this contract is the recognition of the expertise of the whole organization in Delta from engineering to manufacturing.

“We have been working on this contract for a few years now,” he said. “Finally we received the good news earlier this month. The good news for us is that the RIBs had to be built on Canadian soil. We believe we were one of four companies that put in a bid to capture this business. It’s fantastic news for our company.”

He said the design will be a brand new one created by Zodiac Hurricane. The aluminum hulls will be manufactured by their own shop in a new building that they rent on Progress Way in the Tilbury Industrial Park, while the assembly and testing will be done in their shops on Vantage Way.

Zodiac currently has 109 employees, but they we will need to hire 15 new employees in the next six months in order fulfill the contract including a propulsion engineer, propulsion installer, three aluminum welders, three marine electricians, six assemblers and one quality inspector.

“The fact that we have been doing this kind of platform for other military’s around the world really sets us apart,” he said. “We are now ranked 48th for Canadian defence companies. That is no small feat. It is due to our expertise and the hard work of all our employees.”

He added that in the midst of the COVID-19 pandemic when companies are laying off employees, their company is looking to beef up their labour.

“Since we are considered essential services due to our relationship with the Department of Defence and their need to remain constantly operational, we had to stay open,” Arignon said. “It’s good news that we can announce something like this with a long-term plan. Last year we won a Chamber of Commerce Hats off to Excellence Award. It shows our commitment to the Delta business community and that we will be a stable employer for years to come.”