Raccoon euthanized after being caught in a foot-hold trap in Ladner
May 6, 2019 5:00 PM By: Ian Jacques 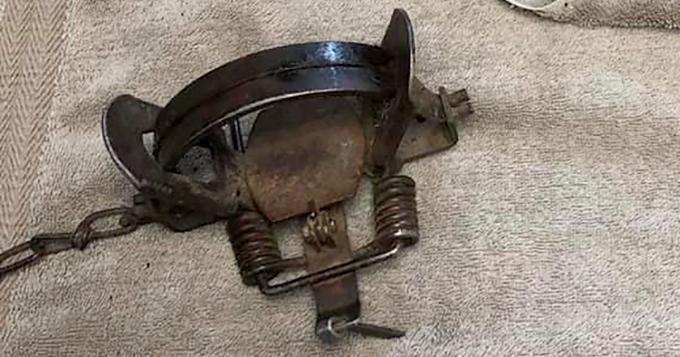 The Fur-Bearers, a B.C.-based wildlife non-profit, is calling on the City of Delta to prohibit the use of dangerous animal traps after a raccoon had to be euthanized after being caught in a foot-hold trap.Critter Care Wildlife Society

An animal welfare group is calling on the City of Delta to prohibit the use of dangerous animal traps after a raccoon was recently euthanized after being caught in a foot-hold trap in Ladner.

On Monday afternoon, the Fur-Bearers, a B.C.-based wildlife non-profit, issued a $1,000 reward for information that assists investigators in identifying who set the trap and leads to a conviction.

The organization has also contacted Delta to ask they consider a bylaw prohibiting the use of these traps that they say also pose risks to dogs and cats, children, and any animal that encounters them.

According to The Fur-Bearers a raccoon was found last week in the area of 46A Ave. in Ladner dragging a foot-hold trap for days. The raccoon was emaciated, dehydrated, and had a visibly broken leg. The animal was humanely euthanized by Critter Care Wildlife Society.

“We don’t know who set this trap or why they set it, but we do know they caused a great deal of suffering for at least one animal,” said The Fur-Bearers spokesperson Michael Howie in a news release. “Our hope is that someone will see this news, remember hearing something or seeing something, and contact investigators.”

Howie said as Canadians and researchers become increasingly aware of the importance of all wildlife in an ecosystem, The Fur-Bearers also continue to hear from those who had no idea foot-hold traps were legal. While foot-hold and leg-hold traps are legal in Canada, there remain questions about this specific model.

“Traps like these are legal in almost every jurisdiction in Canada, except for where municipalities have taken a stance and said, ‘we can do better’ when it comes to co-existing with wildlife,” Howie said. “The City of Delta has an opportunity to create a bylaw that would help prevent this kind of suffering; whether the trap was set by a licensed trapper or someone who simply ordered a trap online, the pain and fear this raccoon endured for days while dragging the device around is unacceptable.”

This trapping incident comes on the heels of two dogs being killed in B.C. in recent weeks: one from strychnine poisoning and another from a snare.

The Fur-Bearers has sent a letter to Delta requesting bylaws to prevent trapping and encourage co-existence education and asks animal loving residents in the area to do the same.

“As a community – locally, provincially, globally – we can do better for the animals with whom we share the land,” Howie adds. “It comes to down to asking if we’re willing to do the work.”

Kaare Coupar with Delta bylaws confirmed that Delta is investigating the matter.

“There are some complexities to this issue. We are a farming community and farmers are actually allowed to trap nuisance animals,” Coupar said. “Trapping is the prevue of the province, so we defer to the province and the provincial trapping and hunting regulations, having said that, we do have an animal control bylaw that prohibits allowing an animal to suffer, so bylaws is actually investigating this to determine the origins of this trap and if it was done according to trapping regulations or if this was just some joker throwing a leg-hold out in his backyard, which is irresponsible.”