It’s going to take a while longer before we know if a major port expansion gets the go-ahead for Roberts Bank.
Sep 16, 2020 7:25 PM By: Sandor Gyarmati 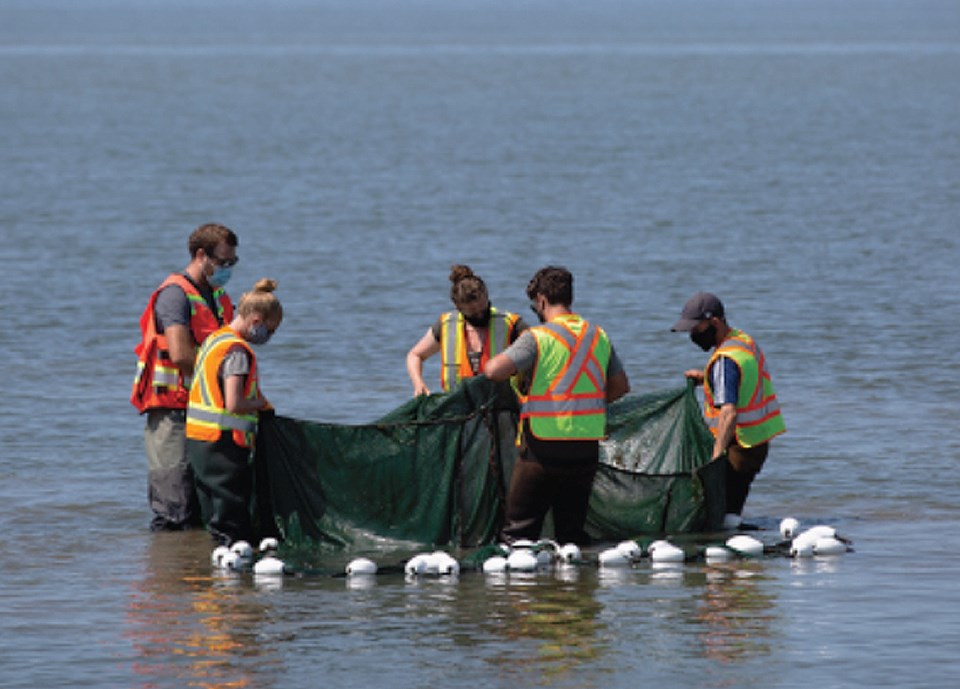 The port authority this month, as part of ongoing field studies, is conducting juvenile salmon studies. Sampling is being done within the intertidal and subtidal areas north and south of the Roberts Bank causeway, as well as the intertidal marsh habitats seaward of Westham Island, to collect baseline data on the density and distribution of juvenile chum and Chinook salmon.Vancouver Fraser Port Authority

It’s going to take a while longer before we know if a major port expansion gets the go-ahead for Roberts Bank.

The federal government has been considering the terminal application by the Vancouver Fraser Port, a new three-berth container facility that would be built on a man-made island adjacent to the exiting port.

A decision was expected this November, which would have already been an extension due to COVID-19.

The port in late August sent a letter to Minister of Environment and Climate Change Jonathan Wilkinson seeking an extension of the deadline for making a decision.

The port noted it would allow time to undertake additional consultation with Indigenous groups and other stakeholders, as well as work on mitigation and offsetting plans.

The minister responded with a request for additional information on the mitigation plans, as well as asking for updated economic and employment estimates.

As a result, the federal timeline to make a decision was paused and the government is not expected to issue its decision this year.

A Delta city staff report to council notes that more work needs to be done on the proposed mitigation measures.

Mayor George Harvie wrote a letter to Prime Minister Justin Trudeau this summer asking that the application be denied.

The group Against Port Expansion (APE), meanwhile, has started an online petition to government to reject the project.

The petition states the environmental integrity of the Roberts Bank ecosystem must be maintained and that the Pacific Flyway migration stopover, critical to western sandpipers and millions of other shorebirds, must be protected.

A federal review panel submitted its final report to government this spring, noting the project would enable an increase in container terminal capacity on Canada’s west coast, while also resulting in increased employment and business opportunities.

However, among the findings, the panel report also notes there would be “significant adverse and cumulative effects on wetlands and wetland functions at Roberts Bank.”

The report didn’t have a recommendation either in support or opposition to the project.

The port notes early on in the T2 process it launched a comprehensive environmental study program and has plans for minimizing any potential environmental effects.

Responding to the review panel’s report, the port stated the findings and recommendations have provided a road map as to how, on top of existing proposed mitigation measures, it can further mitigate project-related effects.

The port authority, meantime is continuing its field studies for the project, this month conducting juvenile salmon studies with a focus on juvenile chum and ocean-type Chinook, as they are the most estuarine-dependent species and have the potential to interact with the project.