City of Delta working with Fraser Health to identify immunization sites
Feb 19, 2021 7:30 AM By: Sandor Gyarmati 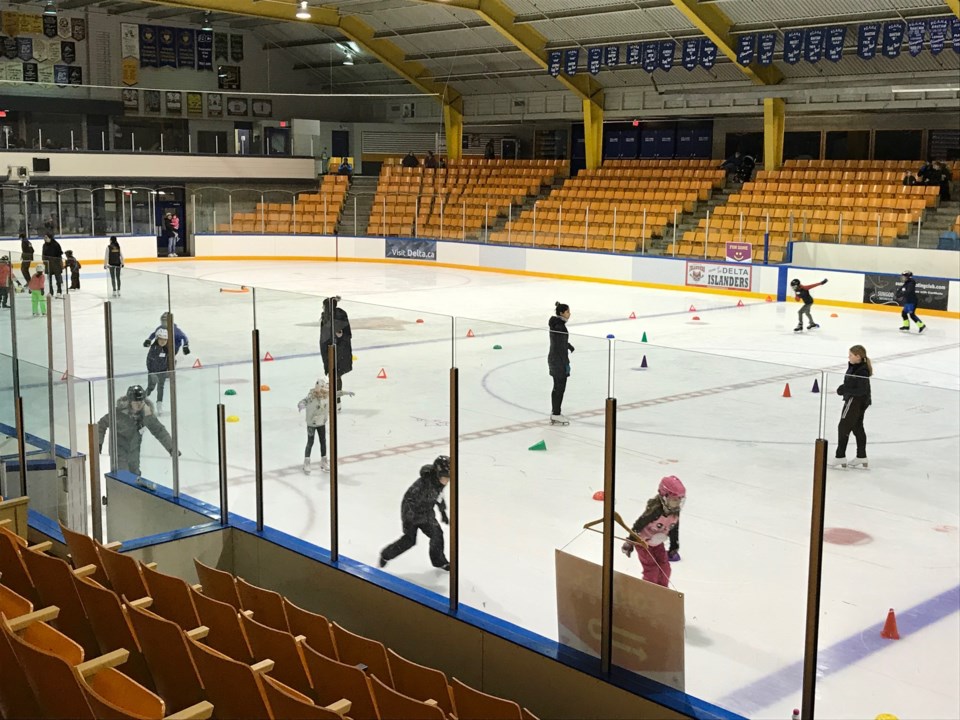 Skating at Sungod just prior to the pandemic outbreak last year. Delta staff note that the implementation of more restrictive and evolving requirements from the province has required the city to temporarily suspend some fitness programs and work with facility user groups to ensure that new guidelines are being followed.Delta Optimist file

The City of Delta wants to have its facilities used as COVID-19 vaccination centres.

That’s according to a recent staff report to council which notes it may impact patron use of parks and recreation facilities for a while.

“The Province of BC has developed a four-phase immunization plan with a goal to have all British Columbians older than 18 that want a COVID-19 vaccine immunized by September,” the report explains. “The Fraser Health Authority is in the process of identifying areas within communities to establish these immunization clinics including school gymnasiums, arenas, convention halls and community halls.

“Delta council has stated its support for the use of Delta facilities in this regard and that providing public space at Delta facilities for immunization clinics is a priority over any other community use. As such, there may be adjustments required for community user groups and Delta programs and activities. Staff will report back with further details of specific Delta locations as they are confirmed.”

Meanwhile, Delta has made a change when it comes to residents wanting to go out for a public skate.

Since Oct. 1, 2020, masks were mandatory at Delta facilities except when patrons are engaged in a physical activity and following the requirements of Delta's COVID-19 safety plan.

Following a number of requests, council last week endorsed a recommendation that face coverings be required for patrons during the public skates.

Masks had only been required up until the point when the participant began skating.

While there were limited numbers of people on the ice for public skating, the potential for someone to inadvertently come into close contact with another person was potentially greater than other activities within Delta's facilities, the report notes, adding public skating is also an activity that does not involve higher levels of exertion where a mask may impede breathing.

The report also notes that the city is taking a precautionary approach to offering more in-person recreation activities, given the uncertainties around the pandemic.

Even though low-intensity group fitness is allowed under the current health orders, parks and recreation staff recommended deferring the start of those classes until March when a number of outdoor options may be utilized.

The report also notes that staff have reached out to summer field and facility rental groups to develop plans for the resumption of their respective sports, recognizing there will likely be updated guidance and orders from the provincial health officer in the coming weeks and months.

Plans are also being developed for summer camps similar to 2020 where children can participate in a physically-distanced manner.

Opinion: Trudeau is just itching to call a pandemic election
Feb 15, 2021 9:29 AM
Comments