Owners are being asked to take precautions with their pet rabbits following several confirmed cases of a highly infectious virus showing up in Delta. Rabbit hemorrhagic disease is highly infectious and lethal for feral European or domestic rabbits.
Mar 21, 2018 3:48 PM By: Ian Jacques 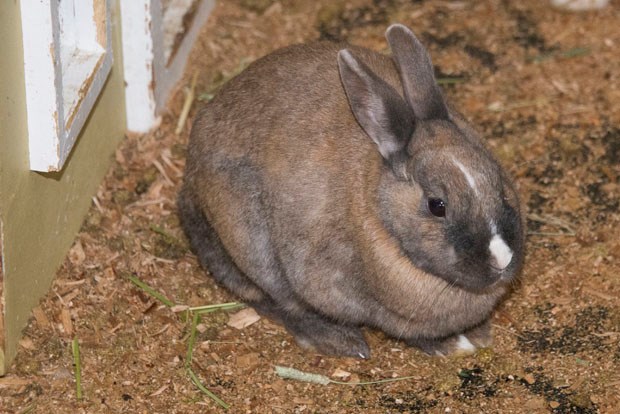 Owners are being asked to take precautions with their pet rabbits following several confirmed cases of a highly infectious virus showing up in Delta.Adrian MacNair

Owners are being asked to take precautions with their pet rabbits following several confirmed cases of a highly infectious virus showing up in Delta.

Rabbit hemorrhagic disease is highly infectious and lethal for feral European or domestic rabbits. Several cases showed up in Nanaimo in mid-February and then were suspected to have popped up on Annacis Island just days later.

Testing results released Wednesday carried out on dead feral rabbits from both communities confirmed the presence of the disease.

This is the third confirmed diagnosis of the virus in Canada, and the first in B.C. The disease is exclusive to rabbits. Humans and other animals, including dogs and cats, cannot be infected.

“When we found the cases on Annacis it was suspicious. We thought it was maybe a human factor, but we had no evidence as to what may have caused the issue, so we held the bodies here for a period of time. It wasn’t until we found out what was happening on Vancouver Island that something might be going on here,” said Delta animal shelter manager Ryan Voutilainen. “We are working with a number of different agencies and we had to be sure before we notified the public. Since the four reported cases in mid-February we have had none since, so we are hoping it is just an isolated incident, but we also want to make sure that people are aware.”

Pet owners should monitor their rabbits daily for signs of illness, and contact their veterinarian immediately with any concerns. The virus causes hemorrhages by affecting the blood vessels, and attacks the liver and other organs. Most affected rabbits die suddenly, but can show signs of listlessness, lack of co-ordination, behaviour changes or trouble breathing before death. There is often bleeding from the nose at the time of death. Once infected, signs of illness occur quickly, usually within one to nine days.

“There is no vaccine available in Canada for this disease,” Voutilainen added. “There are lots of conspiracy theories, but unfortunately there is no way of actually knowing and there may never be a way of knowing how this started. It is a very hearty virus that can live in the environment for quite some time. It could be a rabbit that was on the Island and brought over here and accidently released, or it could have been on the wheels of a vehicle that was on the Island and brought it there or vice versus – we don’t know.”

Information sheets for the public have been posted on the Delta animal shelter website as well as on the BCSPCA website.

Sorelle Saidman, spokesperson for Rabbitats said they are looking for a new headquarters after close to five years at the Richmond Auto Mall.

“We expected to be able to move to farms and outdoor areas, but with the virus in play that is no longer possible. We are looking for headquarters that would keep the rabbits safe, which would mean indoors or a space that we can really keep screened well,” Saidman said. “Delta and other coastal areas should be particularly diligent because birds of prey are picking up the sick and dead rabbits very quickly and they can spread the virus through their feces. Given the influx of birds in the area of late, it may well be a concern.”

Rabbitas spent four and a half years clearing the Auto Mall of 300-plus abandoned pet rabbits and their offspring while utilizing various pre-demolition spaces at the 40-plus acre complex. The rescue is currently headquartered in trailers behind their previous office and garage location but the situation is temporary.

Saidman said most of their 100 Richmond rabbits have been moved to horse stalls in Delta donated by Taisce Stables, the same business that houses horses displaced by the Interior summer wildfires.

Other rabbits have been moved to a temporary indoor space offered by Urban Pets on Granville Street in Vancouver. The space will also be the site of Rabbitats Easter Bunny event fundraiser on April 1 that will now be a ‘look but don’t touch affair’ because of the virus outbreak.

To learn more about Rabbitats or their Easter fundraising event see www.rabbitats.org.