Melanie Nolan was sitting at her desk last week when suddenly she heard a noise from her co-worker. “I heard ‘whoo hoo’,” she said. Well, there was good reason for the noise.
Nov 9, 2020 1:28 PM By: Chris Campbell 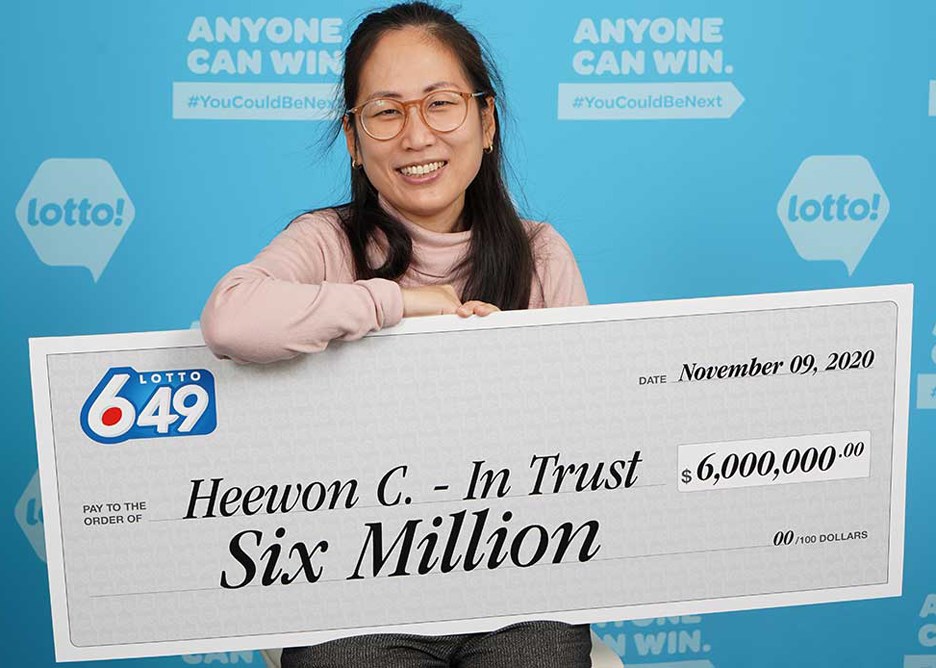 Theresa (Heewon) Choi of Coquitlam will share a $6 million prize with three other co-workers. BCLC photo

Melanie Nolan was sitting at her desk last week when suddenly she heard a noise from her co-worker.

Well, there was good reason for the noise. It’s because co-worker Theresa (Heewon) Choi of Coquitlam had checked the BCLC app and discovered that they had just won the Oct. 31 Lotto 6/49 prize.

Now all they had to do was wait until the two other co-workers they buy tickets with every two weeks showed up for work.

“I was shocked myself,” said Theresa. “It was a dream to me.”

When the other two showed up, they shared the good news that the four of they would share the $6 million prize from a ticket purchased in New Westminster near their work.

Choi and Nolan shared the story on Monday during a virtual BCLC event. The other two winners were not on hand and not named.

The four work together in the health-care field and Nolan said 2020 has been rough on all of them, which is part of the reason why they decided to go in together on lottery tickets.

“We wanted to do something positive,” said Nolan. “Right now, it’s a lot to process.

The two who spoke with the media said they bought the ticket on Oct. 30, but didn’t check until Nov. 2. They aren’t really sure what they will spend the money on, but Nolan did say she wants to make a donation to the hospital foundation connected to her job.