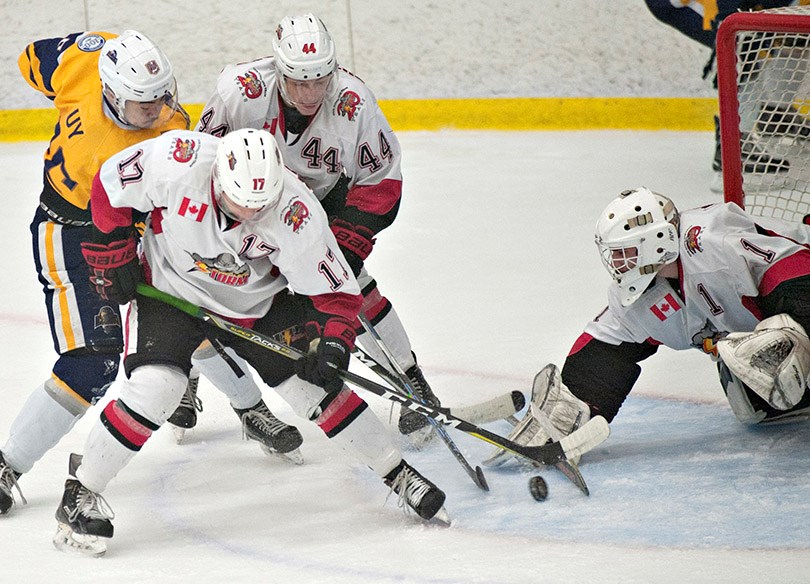 After playing in the 2018 tournament, the Delta Ice Hawks were poised to host the Cyclone Taylor Cup provincial junior "B" championships three years later until COVID-19 got in the way. Mark Booth/Delta Optimist

The COVID-19 pandemic has cost the Delta Ice Hawks the opportunity to host the 2021 Cyclone Taylor Cup provincial junior “B” hockey championships.

The 2022 host will be announced prior to the end of the current season. It typically rotates between the three leagues but given the two cancellations that could change next year.

“We're disappointed to announce the cancellation of the 2021 Cyclone Taylor Cup. However, under the current circumstances, we believe this is the right decision to make,” said PJHL Commissioner Trevor Alto. “This way, each league can continue to focus on their own return to play for this year.”

The PJHL also announced the cancellations of its All-Star and Prospects games against the VIJHL. Both games were slated for later this month.

The league is hoping to return to its cohort group play, which was put on hold back in November under new COVID-19 restrictions announced by Provincial Health Officer Dr. Bonnie Henry. Those measures are in effect until Friday (Jan. 8) when they could be eased or extended.

707
City of Delta replacing annual spring clean-up
403
'Do not make plans,' warns Henry in plea to stem Family Day travel
254
Letters: Closure of Delta Hospice is a tragedy for community
251
COVID-19 outbreak over at The Waterford
245
Safety prompts Delta to install no parking signs near Brunswick Point Trail