Mayor George Harvie had some pointed comments about the Century Group on Monday as the majority of council voted to reject an application by Four Winds Brewery to add a new facility at the Southlands.
Apr 9, 2019 1:47 PM By: Sandor Gyarmati 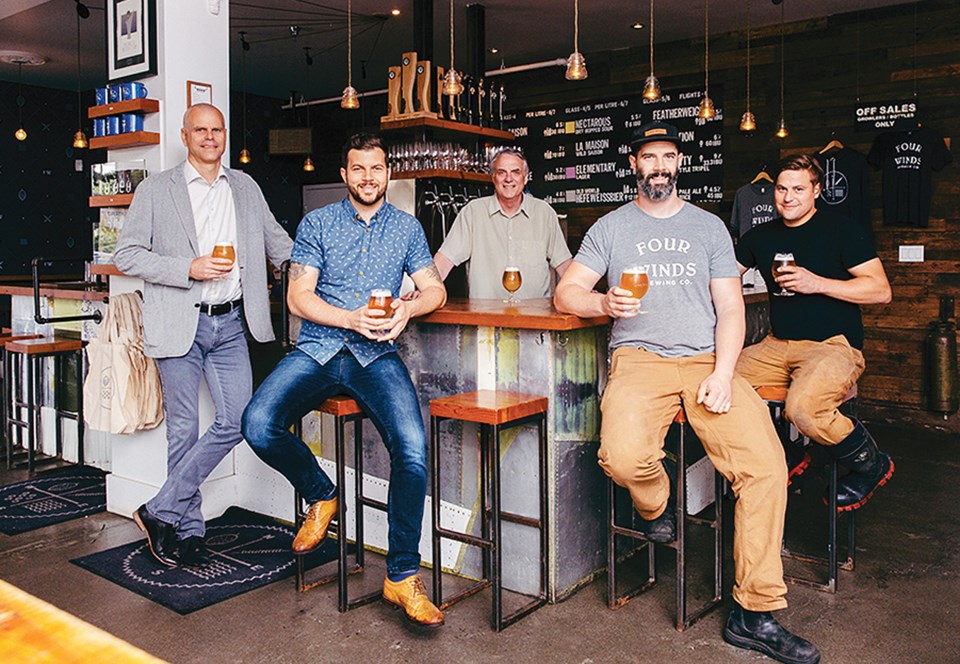 Mayor George Harvie had some pointed comments about the Century Group on Monday as the majority of council voted to reject an application by Four Winds Brewery to add a new facility at the Southlands.

“The property owner (Century Group) now has applied to change the Southlands community plan from village-commercial to uses that operate in industrial areas of our city…I find this proposal is in conflict with the commitment council made to the community on the approval of the Southlands in 2016. Council’s commitment to the Delta community was for village-commercial. I cannot find anywhere in the current lawful bylaw that would support consideration of an amendment of the intended change in size and use,” said Harvie.

Council voted 4-3 to reject the proposal with Dylan Kruger, Lois Jackson and Alicia Guichon voting in favour, while Harvie was the deciding vote, joining Bruce McDonald, Jeannie Kanakos and Dan Copeland in opposition.

Four Winds Brewing applied to have a craft brewery and 200-seat restaurant in the commercial component of the development.

The proposal would have seen the brewery and eatery housed in a 30,000-square-foot building that would be up to 51 feet in height.

It would have contained the brewing and bottling components of the operation, while the warehousing and distribution would be handled at an industrial location elsewhere.

A distillery/winery would be in two other smaller buildings, although Adam Mills, sales and marketing director at Four Winds, had noted following a public hearing that it should be made clear their application was for a "Four Winds Craft Brewery and Restaurant". As far as the distillery and winery component, they had no intention of incorporating those elements into the project.

“It is true Century Group has added these components to their overall scope for the Southlands but they are completely separate from Four Winds,” explained Mills.

Harvie agreed, adding Century Group is already promoting on its website the Southlands as having an approved craft brewery in the market district, which is wrong because no approvals were given.

“Developers that mislead the public make work of those elected to the office of mayor and councillor more difficult in the performance of their duties, and, in the public’s mind, the integrity of the public hearing process for land use designation changes,” said Harvie.

“I’m actually surprised Century would come forward with such a bold proposal. I honestly believe our mayor and staff can negotiate a much better proposal that’s more in keeping with the vision and the commitment we made to the community,” she said.

Saying the business is something that the local farming community needs, Guichon said she’d like to see the Four Winds’ square footage lower but, overall, the positives outweigh the negatives.

Although she voted in favour, Jackson said she had some concerns including the proposal not encompassing the spirit of the Southlands concept.

Kruger said a number of concerns identified by residents had been addressed by staff, including parking and traffic. Noting a 200-seat restaurant could have been built under the existing zoning, he said that, as far as concerns changing the designation to light industrial, there would have been no problems with odour as there’s none with the Four Winds plant at Tilbury. He also said Four Winds would be an important anchor tenant for the area.

“The proponent has put forward a vision for a mixed-use community surrounded by farmland where residents can live, work and play. The application embodies a farm-to-table model with locally grown hops and an outstanding Delta-made product in a neighborhood where residents can walk from their homes to the Market Square, enjoy the shops and go to work…It’s a modern vision for a livable community that is being adopted in communities all over the world and is common practice in parts of Europe for many, many years,” said Kruger.