Delta Division of Family Practice says it will be able to match thousands of people to newly arrived physicians
Sep 8, 2016 5:32 PM By: Sandor Gyarmati 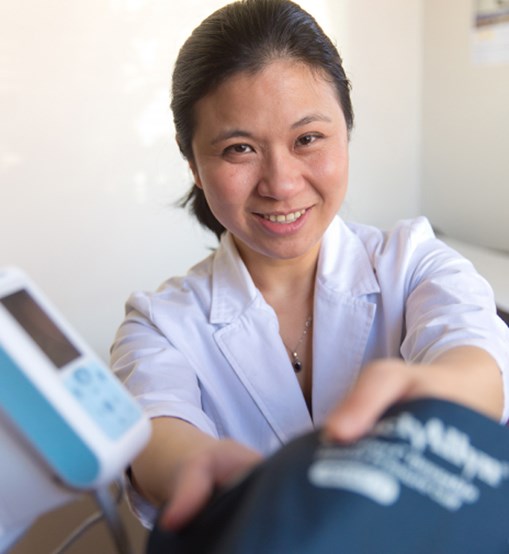 Many South Deltans have been unable to find a GP but those on a wait list will be matched.

There’s light at the end of the tunnel for South Delta residents unable to find a family physician.

A lot of hard work and persuasion by the Delta Division of Family Practice will result in eight new doctors coming to Ladner and Tsawwassen, which means thousands who have been looking for a GP without any luck will be accommodated.

Delta Division of Family Practice executive director Geri McGrath told the Optimist this week residents have been understandably concerned with five doctors retiring this year and another moving overseas.

In addition to recruiting eight doctors, the group has lined up 22 locums who can work part-time when a regular physician needs to take time off or goes on holiday. A few have already started while others will be arriving in the next few months.

“We estimate that by the end of this year, early next, everybody who’s on our list at this point should be attached,” she said. “There’s probably roughly 2,000 people.”

The shortage of family doctors has been a great concern for South Deltans as well as practically every other community in the province.

According to the Health Match B.C. website, there are currently 621 positions available in the province for physicians, 389 of which are for family practitioners/general practitioners.

In 2013, the provincial government spent $132 million on a program called A GP for Me, which involves Doctors of B.C., formerly the B.C. Medical Association. The initiative to match patients to primary care providers has had some success but is nowhere near its lofty goals.

Delta has been involved through a group of local physicians that's part of the Delta Division of Family Practice. The group late last year launched a website called FETCH (For Everything That's Community Health) that helps the public and health care providers access information about community health services in South Delta.

The site (delta.fetchbc.ca), created with the assistance of local health care professionals, service agencies and community partners, including the Corporation of Delta, had a feature added this year linking patients looking for a doctor with available family physicians.

Patients on the waiting list would be contacted directly by the physicians, however the doctors’ group has stressed it didn't want to raise expectations because it could take months to get a response.

McGrath said the new doctors have come from other parts of B.C., across Canada and even England.

“We have an excellent recruiter and it’s a matter of selling the community. I think Tsawwassen and Ladner pretty much sell themselves… a lot of the new doctors really like how our community has physicians where most are in practice with other doctors, so they’re not alone,” she said.

McGrath said South Deltans who were unaware of the fetchbc patient list and haven’t been able to find a doctor should sign on.

“The bottom line is our community is growing, so we’re going to continue to recruit,” she added.

As far as walk-in clinics, Ladner has a couple but there are none in Tsawwassen. However, that will change with a new clinic that could also have a walk-in component opening early next year at the shopping complex at the Tsawwassen First Nation. The doctors there will be over and above what the Delta Division of Family Practice has been able to recruit.