Drivers should be prepared for lane closures and detours as a major highway upgrade project is getting underway in Delta.
Jul 5, 2020 2:30 PM By: Sandor Gyarmati 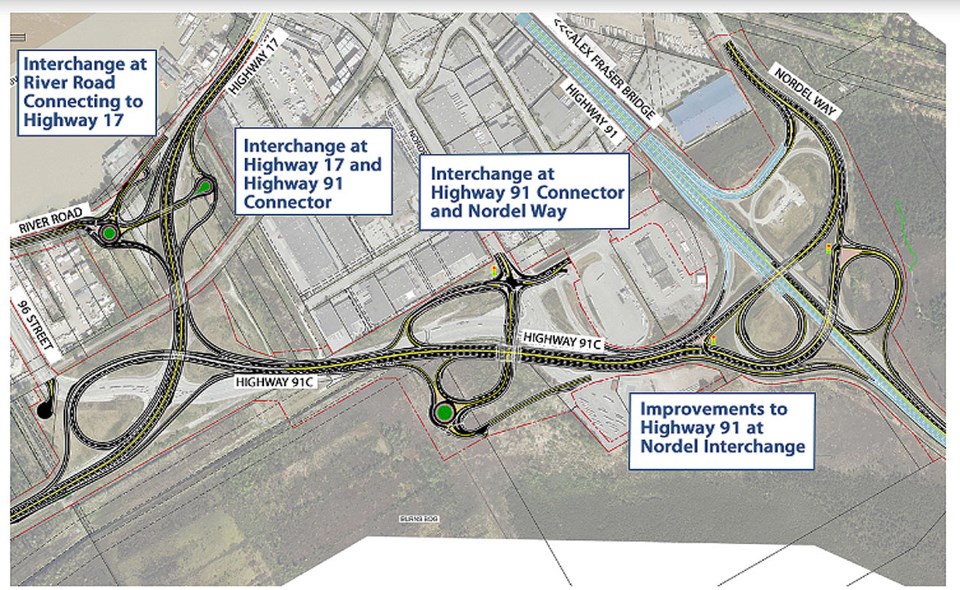 Drivers should be prepared for lane closures and detours as a major highway upgrade project is getting underway in Delta.

The city’s engineering department recently provided council an update on what’s happening with the Highway 91/17 Upgrade Project, a $260 million project which has a series of roadworks to increase highway efficiency and reduce conflicts between local traffic, commercial vehicles and other travellers.

Detour implementation is scheduled for later this month or early August and Delta staff will update council on those detours as more information becomes available from the province.

Traffic impact information will also be shared on Delta's website as well as through social media.

Traffic impacts and lane closures are mainly scheduled during off-peak and nighttime hours, except for River Road east of 96 Street where traffic volumes are lighter.

Funding partners for the project include the Government of Canada through the National Infrastructure component of the New Building Canada Fund, the Province of British Columbia and the Vancouver Fraser Port Authority.

The expected completion date for the project is 2023.